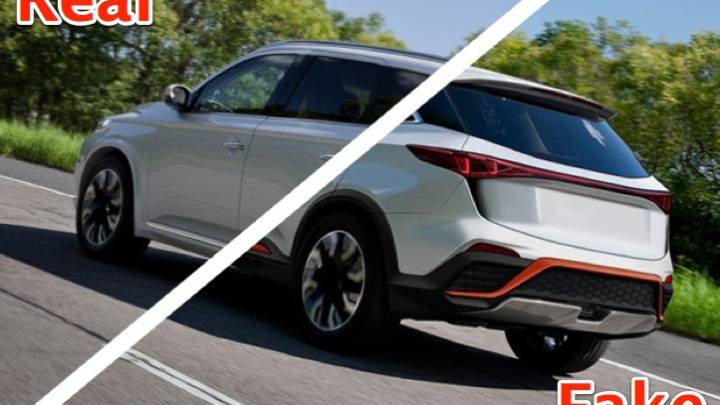 UPDATE: WM Motor has reached out to BGR with an official statement. The company denies that the images were produced by WM Motor, and also notes that its design process is “strictly confidential.” You can read the company’s full statement on the matter here. The original text of this post follows.

It’s not every day that a company is caught in a blatant lie whilst also ripping off a competitor in the process, but that’s exactly what billion-dollar electric vehicle startup WM Motor is being accused of, and the evidence is pretty compelling.

WM Motor — which has been touted as a legitimate Tesla competitor and boasts some big-name executives with impressive resumes — sent out a press release to outlets in its home market of China this week, and the rest of the world finally caught wind of it. The release, which focused on a trio of car models the company plans to launch, was accompanied by some promotional photos of the vehicles.

DON’T MISS: How to tell if Apple owes you a new iPhone battery

Only the photos aren’t exactly what they seem. Fred Lambert of Electrek thought he recognized the SUV in particular, and it turns out he was absolutely correct, because it looks shockingly like a Mitsubishi Outlander.

Okay so what, car companies riff off of each other all the time, right? No, you see, the WM Motor SUV is literally just a Mitsubishi Outlander. It’s a press photo of the 2016 model that has been photoshopped to alter its appearance. Much of the car remains completely unchanged from its original state, including the wheels, mirrors, door handles, and windows. A Chinese company shamelessly ripping off another brand isn’t exactly new, but we’re not talking about shady iPhone knockoffs here; WM Motor has raised over $1 billion for its electric car program, which it hopes to swing into production by 2018. Let’s hope the company has a better plan for its actual vehicles than buying Mitsubishis and swapping out the badges.