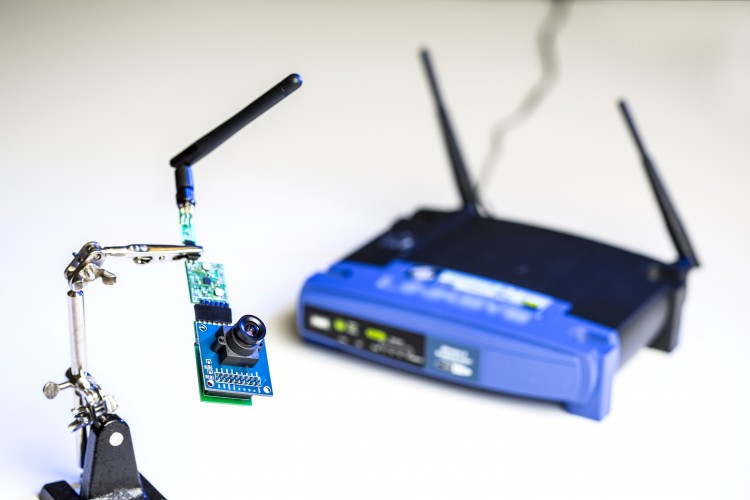 Researchers at the University of Washington this year came up with an ingenious method to wirelessly charge electronic devices via an everyday Wi-Fi router. Appropriately dubbed Power Over Wi-Fi (PoWiFi), UW’s team of researchers have already managed to use the technology to charge a number of low-powered devices, including a low-res grayscale camera and a Jawbone activity tracker.

Specifically, researchers at UW were able to charge the camera module from a distance of 17 feet. With respect to the Jawbone, they managed to boost its battery level from 0 to 41% in 2.5 hours from a distance of 28 feet. Clearly, the ramifications of this technology are huge and incredibly exciting.

Even better, PoWiFi is able to charge up devices without impacting the wireless performance of the router itself.

“For the first time we’ve shown that you can use Wi-Fi devices to power the sensors in cameras and other devices,” UW electrical engineering doctoral student Vamsi Talla explained a few days ago. “We also made a system that can co-exist as a Wi-Fi router and a power source — it doesn’t degrade the quality of your Wi-Fi signals while it’s powering devices.”

The team of researchers behind PoWiFi plan to detail their full findings in a paper set to be presented next month at CoNEXT 2015, an international conference devoted to emerging networking experiments and technologies.

As for how the technology might be integrated into real-world applications, UW Today adds:

PoWiFi could help enable development of the Internet of Things, where small computing sensors are embedded in everyday objects like cell phones, coffee makers, washing machines, air conditioners, mobile devices, allowing those devices to “talk” to each other. But one major challenge is how to energize those low-power sensors and actuators without needing to plug them into a power source as they become smaller and more numerous.

With respect to PoWiFi’s underlying technology, UW’s team of researchers found that the “peak energy” found in a typical Wi-Fi signal is strong enough to charge low-powered devices. That being the case, the researchers figured out a way to optimize an everyday Wi-Fi router such that it could send out “power packets” on Wi-Fi channels that weren’t currently being used, thereby keeping the Internet connection running strong.

At a more technical level, Popular Science writes that the optimized router sends out a “constant signal that’s captured and converted into DC power by a harvester.” Not surprisingly, the publication included the technology in its “Best of What’s New 2015” awards.