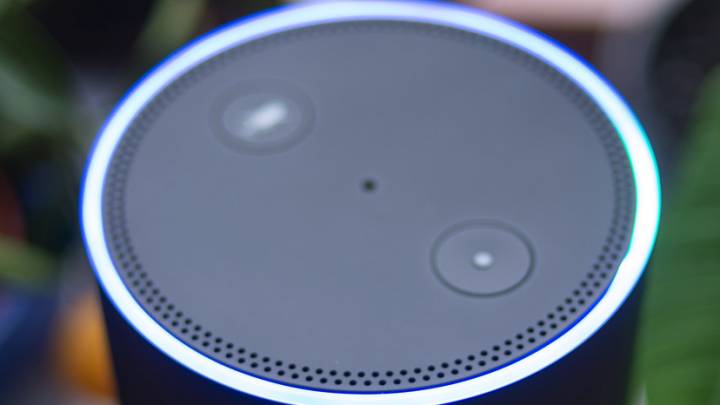 Researchers estimate that voice shopping is a market that’s going to explode in a big way over the next couple of years, hitting more than $40 billion in 2022, up from just $2 billion today. That’s according to a market research report released in March from OC&C Strategy Consultants.

In terms of where things stand now, at least, it’s a pretty safe bet that even assuming that growth does materialize and people start warming to devices that let them use their voice to shop — they probably won’t be doing so with help from Amazon’s Alexa.

The Information, citing two people briefed on internal Amazon figures, has reported that only a very small fraction of people who use Amazon’s voice-based assistant which powers the company’s Echo line of speakers actually use their voice to buy things. That number is about two percent of people who own devices powered by Alexa, of which there have been apparently about 50 million that Amazon has sold.

And then of those who do voice shop with help from Alexa, no one really bothers to keep doing it.

“Amazon and Google both tout voice shopping — the ability to make purchases and check on the status of orders with verbal commands — as significant features of their smart speakers,” The Information reports.

Where people are in fact using Alexa in the realm of voice shopping is in broader requests, such as asking Alexa to track deals or asking “Where is my stuff?” to follow the progress of deliveries. Some 20 percent engage with Alexa that way, according to the digital news outlet.

Those figures are less rosy than some from third-party researchers, such as one from the Voicebot.ai research firm that in June said some 16 percent of smart speaker owners are using them for shopping at least once a month. So, what gives?

The obvious answer, one of them at any rate, is that seeing is believing, and the same thing holds true when using your voice to buy something from a smart speaker. In other words — sorry Alexa, I’m probably not going to use you to buy what I can’t see.

Alexa and Google’s Assistant are far and away the leaders for the moment in this space, and we’ve reported in the recent past that the latter is better at understanding your speech than the former, which is plugged into Amazon and as such better at using to buy things.

Something like an Echo Show could help more Alexa users get over the hump of using the voice assistant for help with buying things, but at that point it might be more tempting and familiar to just complete a transaction on a computer or with a smartphone. Jo Jaquinta, a developer of Alexa “skills”, told The Information he sees building those abilities into Alexa as more of a promotional tool for brands and that they shouldn’t probably be considered a direct sales strategy.

Speaking of skills, users may run into a similar version of this problem, in terms of having to simply remember what all Alexa is capable of doing (and it’s certainly a lot). It’s a way of interacting with a computing device that’s completely different to what most people expect and how their intellectual muscle memory expects to be used.

Based on the data, it looks like at this point voice technology and voice shopping may be a strong parallel to a graphical user interface and not a viable replacement. For now, at least.

(Update: An Amazon spokesperson disputed The Information’s numbers with BGR, saying “We do not agree with the numbers represented in the article. Millions of customers use Alexa to shop because it is the most convenient way to capture needs in the moment.”)