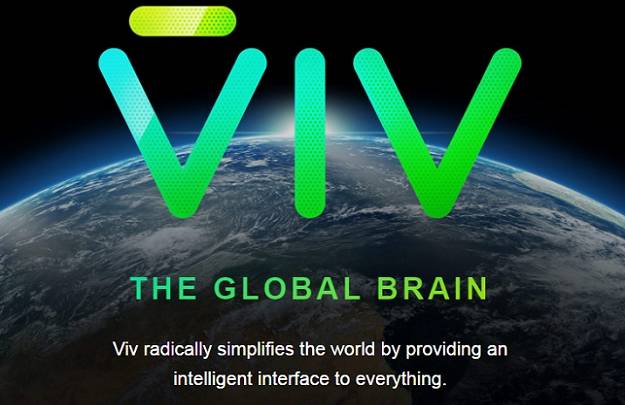 Over the past few years, we’ve heard a number of grandiose promises about a new software platform called Viv. Created by Siri co-creator Dag Kittlaus and small team of engineers, Viv is effectively a futuristic AI system that will reportedly blow Siri and other intelligent personal assistants out of the water.

While a service like Siri, for example, can only handle relatively simple queries that it’s pre-programmed to process, Viv is engineered to handle complex and multi-layered queries on the fly. As an illustrative example, Kittlaus recently said that Viv can handle a query like, “Find me a flight to Dallas with a seat that Shaq could fit in,” with ease.

DON’T MISS: So long, Siri: How to get Amazon Alexa on your iPhone

Earlier today, Kittlaus demoed Viv for the first time at Disrupt NY. And while it’s not too often that bold claims about game-changing software actually pan out, there’s no question that Viv is quite impressive and represents a giant and exciting step forward for the world of AI.

The full demo presentation can be seen below, chock full of interesting queries that Viv is able to handle without a problem. For instance, Viv is quickly able to process and return an answer to the query, “Was it raining in Seattle three Thursdays ago?” Siri, in contrast, can’t even tell you if it was raining yesterday.

Another weather-related question Viv handled successfully was, “Will it be warmer than 70 degrees near the Golden gate bridge after 5 PM the day after tomorrow?”

While demo videos for software are typically a bit yawn-inducing, this one is well worth checking out.

Now one of the many things that makes Viv unique, if not downright exciting, is that it’s a platform designed to work with any number of apps. For instance, a command indicating that you need a “ride for six people from my office to Madison Square Garden” is seamlessly integrated with Uber and promptly offers the user the option to choose an Uber XL ride or an Uber SUV ride.

Later on in the demo, we see that Viv can even be commanded to send friends money (via Venmo integration), book a hotel room, order flowers and much, much more.

Kittlaus detailed the real secret sauce of Viv was something called “dynamic program generation,” which allows the AI-powered assistant to understand intent and generate a program itself to best answer the query.

“Instead of having to write every code instructed, you’re really just describing what you want it to do,” said Kittlaus. “The whole idea of Viv is that developers can go in and build any experience that they want.”

Interestingly enough, a Washington Post report from last week indicated that both Facebook and Google have already made acquisition offers for Viv. Of course, given how Siri seems to be improving painfully slowly these days, it would seem that Apple might want to make a play for the software as well.