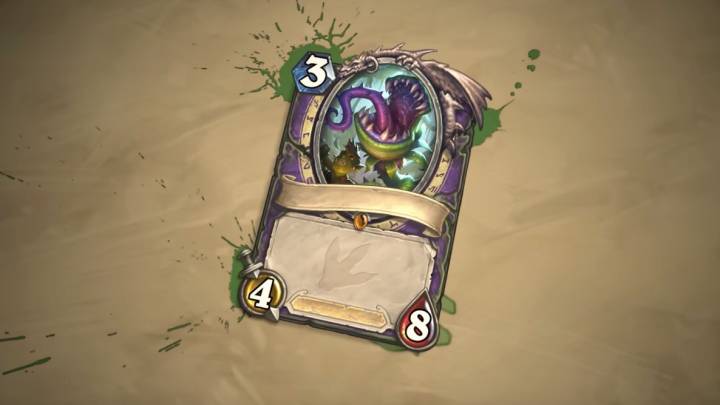 One of the most popular card games available on desktop and mobile is getting a huge expansion this week. Blizzard’s Hearthstone has tens of millions of players around the world, and the company isn’t done reinventing the game. But it looks like Hearthstone might have some serious competition in the not too distant future: Valve.

Valve released a video teaser for a game called Artifact, which will be released at some point next year. The card game is based on the Dota 2 universe, The Verge explains, a popular multiplayer online battle game that was originally inspired by — wait for it — Blizzard’s Warcraft universe.

The teaser was released during The International $23 million Dota 2 tournament, but Valve did not reveal too many details about it.

The video itself isn’t too revealing, and we have no idea what the game will have to offer other than access to Valve to untapped potential.

Dota 2 is a game that’s only available on desktop, and while it has a massive following around the world, it may not be enough for Valve, especially in a world that’s going mobile-first. The Artifact game will also be available on iPhone and Android, which would be a huge win for the company. Of course, that’s assuming the Dota 2 card gaming experience is at least as fascinating as Hearthstone, which currently has no worthy rival.

Watch the Artifact teaser below.