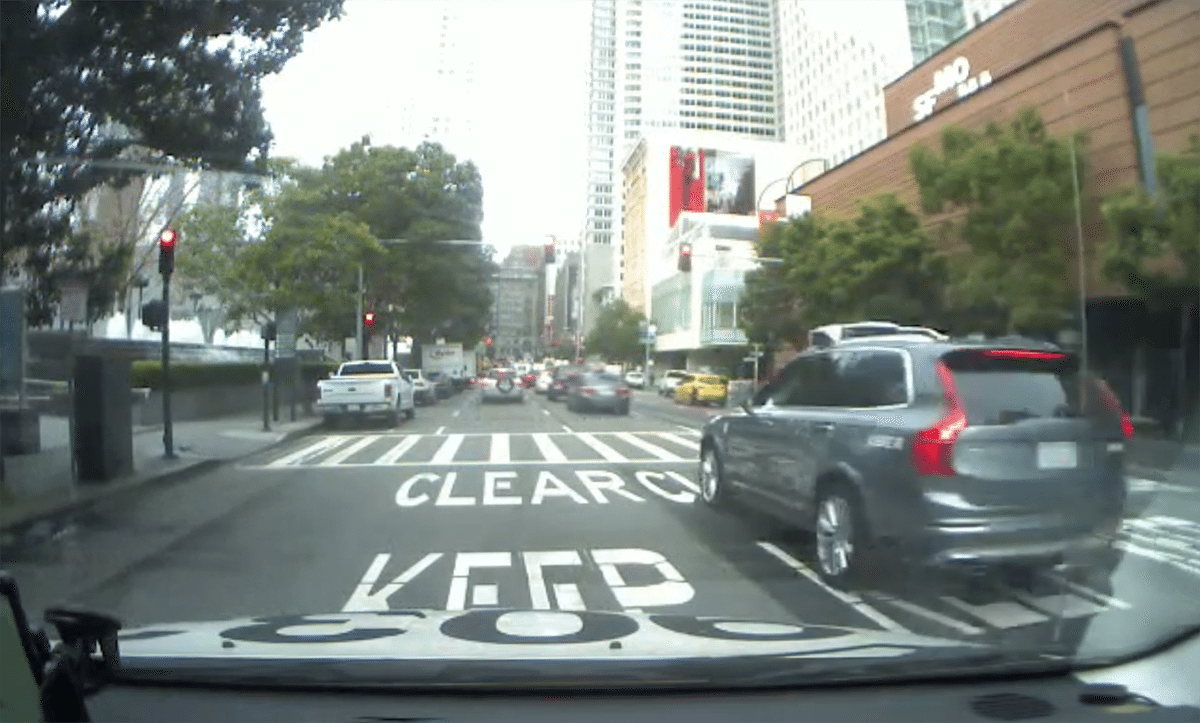 Welp, that was fast. On the same day that Uber announced that its self-driving car pilot is available in San Francisco, a dashcam caught one of Uber’s self-driving Volvos run a red light through a crosswalk with a pedestrian starting to cross.

In a statement to Verge reporter Andrew J. Hawkins, Uber reportedly said that “Safety is our top priority, the incident has been reported and we’re looking into it.”

Separately, a Bloomberg reporter who took a trip in Uber’s self-driving car reported that “a driver took control of the vehicle more than a dozen times in less than 30 minutes. His reasons included: He was worried that the car would get too close to a pedestrian, that the vehicle wouldn’t let another merge and that the car would potentially create gridlock by entering an already crowded intersection.”

A freelance writer also told the SF Examiner that earlier in the day, a self-driving Uber jumped a red light into an intersection and nearly hit her Lyft car.

It’s also worth noting that Uber has refused to get the usual permit from the California DMV to test autonomous vehicles on public roads, saying that since its cars aren’t ready to be driven without supervision, the rules don’t apply to it. The DMV has rejected Uber’s interpretation of the law, and after today’s high-profile incidents, you’d have to imagine the DMV will be strict.