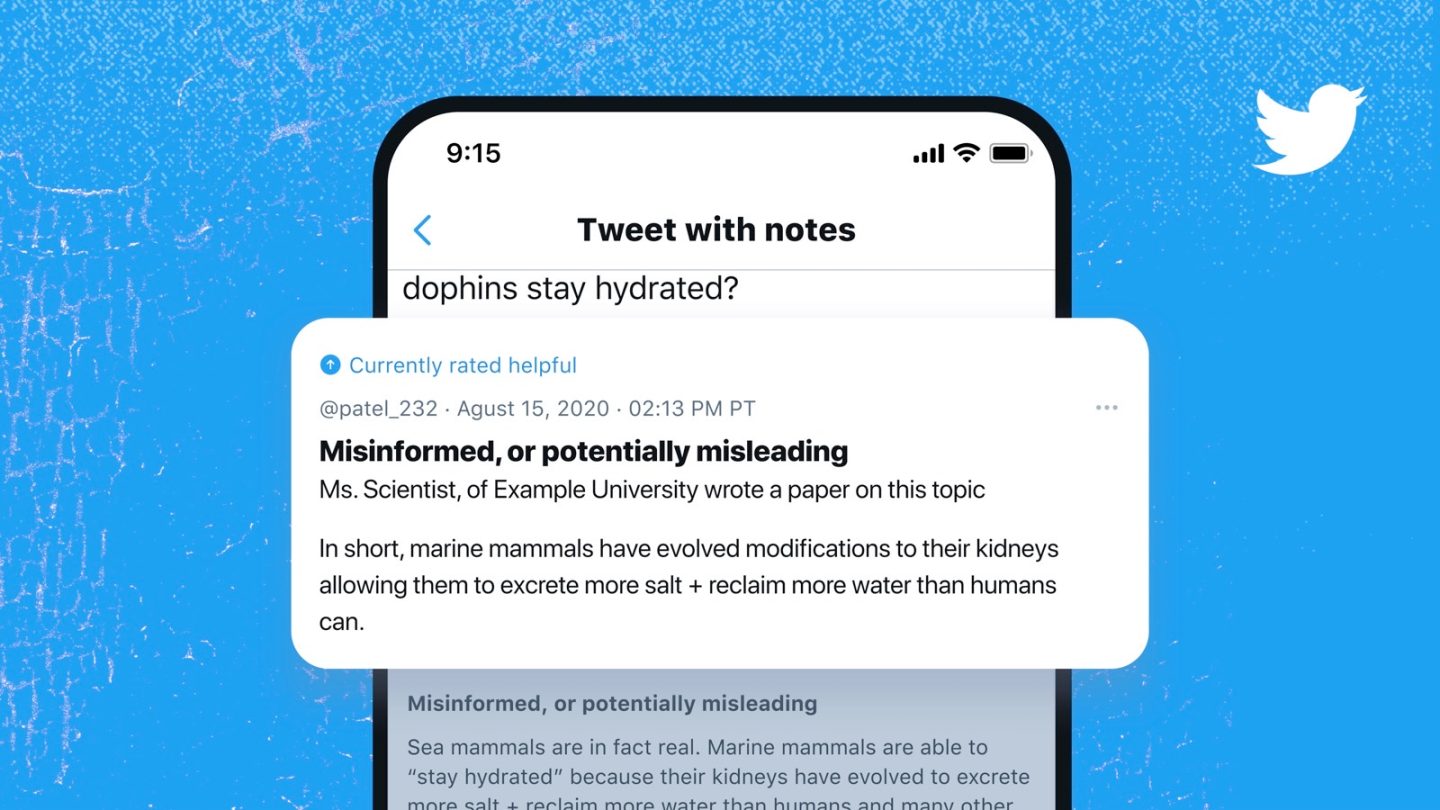 Twitter has officially introduced a program that was in testing for months and which could help fix the toxic internet in the coming years. Called Birdwatch, the new feature will eventually add another layer of security to Twitter, the security of information. Birdwatch is a program that aims to reduce the spread of misinformation online, which is thriving on social media. Twitter is no exception. The company had a busy year in 2020, fighting COVID-19 misinformation that started spreading online in the early days of the pandemic and continued after that. Twitter had to intervene and label as misleading posts that were spreading fake news and conspiracy theory. Later, it found itself policing Donald Trump’s account, especially in the final months of his term, as the former president kept spreading misleading information about the elections. Eventually, Twitter banned Trump.

Birdwatch will now allow users to police tweets and annotate the misleading information accordingly. The new community-based feature aims to reduce the spread of false information with the help of actual Twitter users.

Birdwatch will initially be available as a pilot program in the US, and will initially run on a separate Birdwatch site. Participants will be able to review misleading tweets and provide more context about the information presented in them via notes. Those notes will one day graduate to the main Twitter app, where everyone will see it.

Anyone can sign up for the program as long as they’re ready to provide a verified phone number and email. That phone number has to come from a US-based phone carrier to reduce the use of virtual numbers. Users will also have to have two-factor authentication enabled on their accounts and no history of Twitter violations — the full eligibility information is available at this link.

Once enrolled into Birdwatch, participants will also be able to rate their peers’ notes, a mechanism that’s meant to prevent abuse. Those ratings will then be counted in a Birdwatch profile separate from the Twitter profile, similar to Reddit’s user rating system. Twitter built a ranking system for notes, which looks a lot like Reddit’s commenting system. The most helpful notes will appear after a tweet.

Twitter is also making the entire Birdwatch monitoring system and the notes data available to researchers to increase transparency and prevent manipulation.

The notes in the first phase of the Birdwatch pilot will not impact the way people see the tweets in question or Twitter’s recommendations.

Birdwatch might not be perfect, especially in the first phases, but it might be the kind of idea that will eventually help remove some of the falsehoods going viral online and hinder the efforts of certain nation states who are targeting social networks with campaigns aimed to divide the audience.

“We know this might be messy and have problems at times, but we believe this is a model worth trying,” Twitter’s vice president Keith Coleman concluded on Twitter’s blog. “We invite you to learn alongside as we continue to explore different ways of addressing a common problem.”