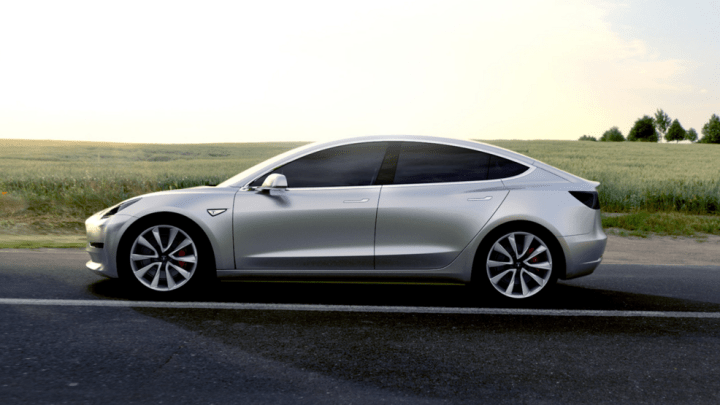 Over the past few days, some Tesla stores in Europe have started showcasing a brand new Model 3 promotional video, according to a report from Evannex. While we don’t expect to see Tesla try its hand at traditional advertising anytime soon, the new Model 3 video signals that Tesla’s overarching goal to deliver a mass market EV is quickly taking shape and that deliveries may be right around the corner.

The video itself is nothing out of the ordinary, but for a company that tends to avoid doing spots like these, we thought it was worth bringing to your attention.

As it stands now, demand for Tesla’s Model 3 isn’t exactly a pressing issue for the EV maker. While Elon Musk and co. haven’t provided us with any updated figures, it’s believed that the current tally of Model 3 reservations now hovers somewhere in the 380-400,000 range. That said, the bigger question isn’t whether or not the masses are interested in the Model 3, but whether or not Tesla can meet such staggering demand in an adequate timeframe.

It’s no secret that Tesla has a history of product delays, but the company has assured investors and prospective buyers that the Model 3 will begin shipping by the end of 2017, as initially promised. In an effort to alleviate production concerns, Tesla has also explained that the Model 3 manufacturing process will be far less complex than what Tesla had to do in order to bring the Model X to market.

What’s more, Tesla’s former Supply Chain chief Peter Carlsson recently articulated that Tesla’s popularity and success has made it much easier for the company to source important components from suppliers in volume.

“Things will get a bit easier,” Carlsson said earlier this month. “Tesla has resolved some issues through vertical integration — doing things internally. And with the launch of the Model 3, the volumes of the business will be more attractive, and I think we will see more suppliers relocate.”