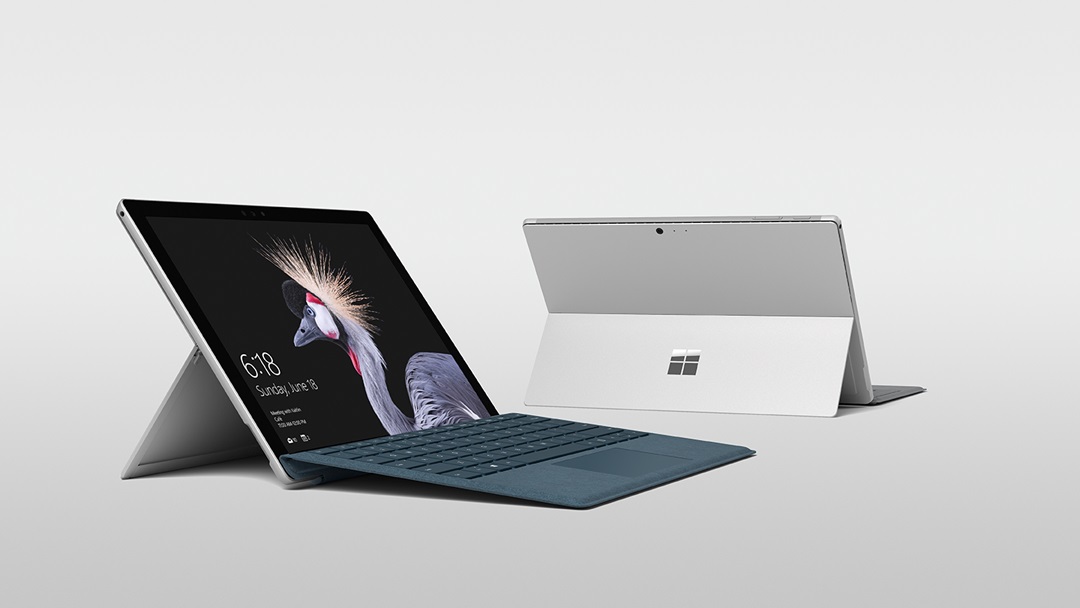 Microsoft at a special event held in Shanghai on Tuesday unveiled its newest laptop. It looks like the rumors were accurate, Microsoft does have a new Surface Pro, but it’s not called Surface Pro 5 as we’d have expected. Meet the Surface Pro.

Even though the Surface Pro was usually advertised as a tablet, it looks like Microsoft has changed its tune. The new Surface Pro is now the “most versatile laptop,” the company said in the first video promo for the tablet.

As expected, the Surface Pro does resemble its predecessors but comes with a few tricks of its own, including Intel 7th-gen processors under the hood, and a new Studio mechanism that makes it behave more like the Surface Studio desktop when it comes to adjusting the screen’s tilt. The laptop weighs just 1.7 pounds, and it’s just 8.5mm thin.

Speaking of the screen, the device has a 12.3-inch display with PixelSense technology and 3:2 aspect ratio.

The Surface Pro ships with a new Surface Pen and comes with new Alcantara keyboards. Yes, it’s also compatible with the Surface Dial that Microsoft launched alongside the Studio desktop.

The Surface Pro should start shipping on June 15th in some 26 countries.

Read more about the new Surface Pro at this link.