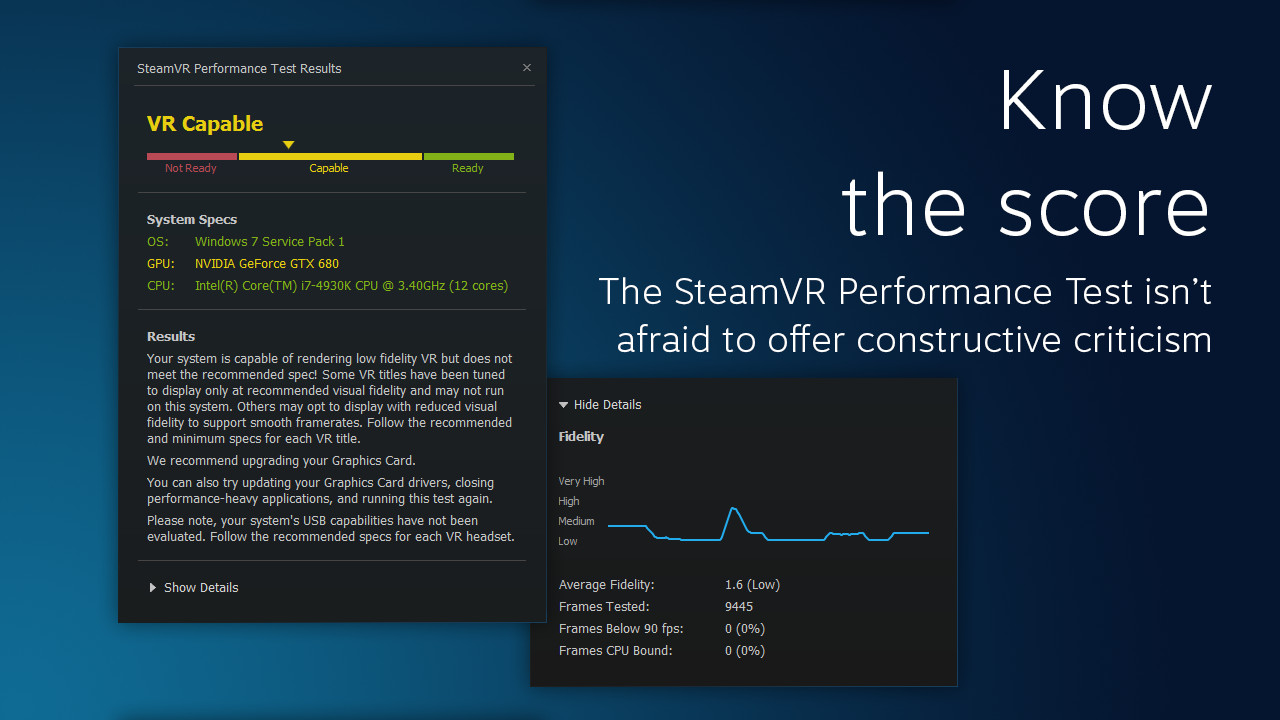 The dawn of the VR era is nearly upon us, but if you want to be a part of it, you’ll have to make sure your hardware is up to snuff. This week, Valve released a free SteamVR Performance Test on Steam to give users a chance to diagnose their computers before the VR headsets launch later this year.

DON’T MISS: HTC’s VR headset will blow your mind – and now you can finally order one

Not only is the software free, but it’s also set in a Portal-themed world (which makes sense considering Valve is collaborating with HTC on the Vive).

The test takes just two minutes to complete, and once it’s done, you’ll receive a detailed write-up of what you need to upgrade and what can stay the same. If you fall on the ‘Ready’ end of the spectrum, you’re good to go. ‘Capable’ means that your computer can handle VR, but it won’t be a flawless experience. ‘Not Ready’ is exactly what it sounds like.

These are the recommended specs for the Vive, according to HTC:

Valve and HTC are working to lower the specs before the device launches in April, but at the moment, you need a fairly powerful PC to run VR content at 90 frames per second. Here’s what the performances test looks like:

You can download the SteamVR Performance Test now on Steam.