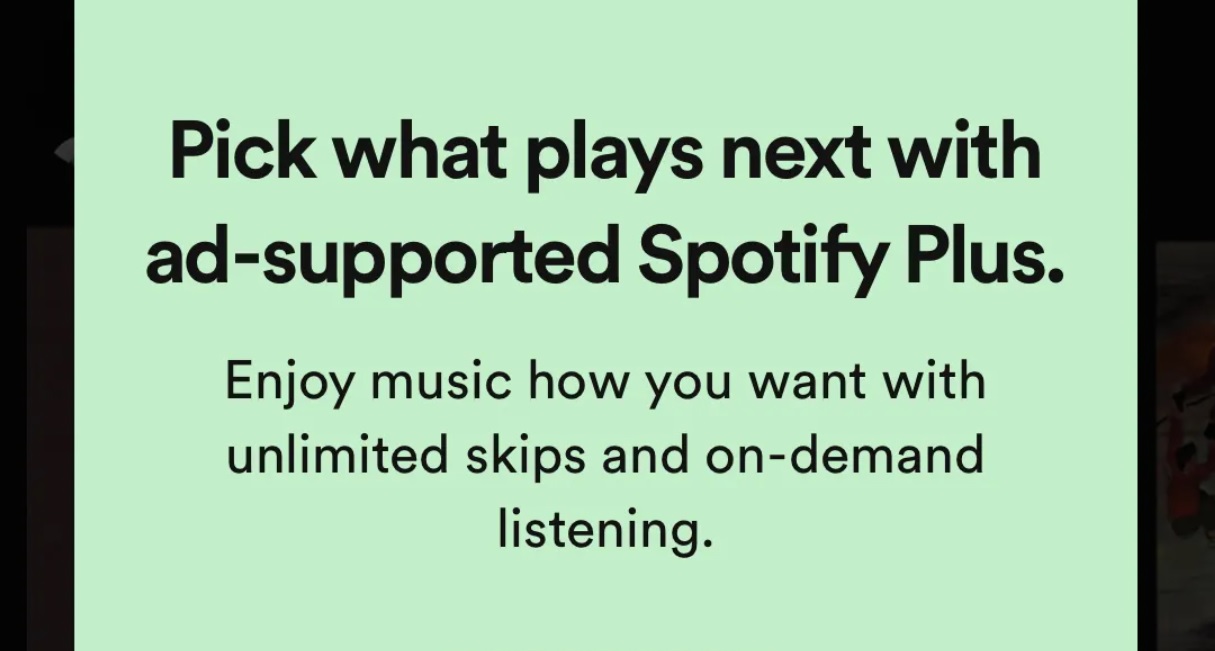 Any individual streaming service is relatively affordable. The problem is that most people are subscribed to several streaming services. Many of those streaming services offer a variety of plans to cater to different audiences. Netflix Basic, for example, is $8.99 a month for SD video on a single screen. Meanwhile, Netflix Premium offers four screens and Ultra HD quality for $17.99 a month. Spotify is the biggest music streaming on Earth, but the only difference between its plans is the number of accounts they offer. That could change with the introduction of Spotify Plus.

As reported by The Verge, Spotify is currently a testing new subscription tier that would sit between its free and premium plans. Spotify Plus would retain many of the perks of Spotify Premium, but features ads. Although there would be ad breaks, Spotify Plus would allow users to pick songs and albums and would also give them the ability to skip as many tracks as they like.

If you’ve ever used Spotify’s free tier, you know how restrictive it can be. Free users are only allowed to skip six tracks per hour. Additionally, they can’t play individual songs and albums. Outside of a few select playlists, they have to shuffle to listen to music on the service.

A reader made The Verge aware of the unannounced subscription plan this week. Screenshots reveal that, at least during testing, Spotify Plus costs just $0.99 a month. That’s a tenth of the price of Spotify Premium, which starts at $9.99 a month for individual accounts. Premium Duo adds a second account for $12.99 a month, while Premium Family includes six accounts for $15.99 a month. Plus, if you’re a college student, there’s also a Student plan which costs $4.99 a month.

Spotify has since confirmed the existence of the Spotify Plus test in a statement.

Spotify confirms that Spotify Plus is real

“We’re always working to enhance the Spotify experience and we routinely conduct tests to inform our decisions,” a Spotify spokesperson told The Verge. “We’re currently conducting a test of an ad-supported subscription plan with a limited number of our users.”

The company also made it clear that testing a feature does not ensure its launch: “Some tests end up paving the way for new offerings or enhancements while others may only provide learnings. We don’t have any additional information to share at this time.”

We have no idea when or if Spotify Plus will see the light of day. That said, even if it costs more than $1 a month, it could be the perfect middle-ground for some subscribers.