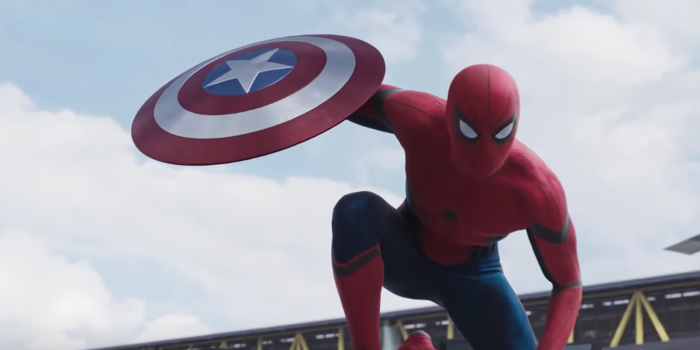 We knew for a while that a Spider-Man: Homecoming sequel was in the works, which is why Spider-Man’s death in Avengers: Infinity War makes no sense. The same goes for all the other superheroes that died in the film, characters who will appear in other standalone movies from the Marvel Cinematic Universe. These shouldn’t be spoilers to anyone by now. You either saw Infinity War or someone already spoiled it for you.

Fast forward to last weekend, and we have Tom Holland leaking the name of Homecoming’s sequel. We still have no idea if it was accidental or intentional, but it’s got “home” in it.

Holland posted the following clip on Instagram to tease the next episode in the new Spider-Man series. The actor says in the clip that he’s at Ace Comic-Con in Seattle and that he’s sorry there’s no official announcement or anything.

Sorry for no announcements, but I love you guys ♥️

He then drops the bomb by showing an iPad with the script for the sequel on it. On the screen, you can clearly see the title: Spider-Man: Far From Home.

Holland does mention the fact that he’s dead following the events of Infinity War and that he has no idea what’s coming next. He must be trolling us, of course. The entire title reveal seems pretty trolly. No way can Holland casually show that iPad without Marvel and Disney’s blessing.

The events in Far From Home will likely follow what happened in Infinity War. Moreover, the superhero flick should hit theaters after Avengers 4, which is when we’ll find out how Iron Man and Co. will fix the Thanos problem — Avengers launches in late April, with the next Spider-Man scheduled for early July 2019.ae