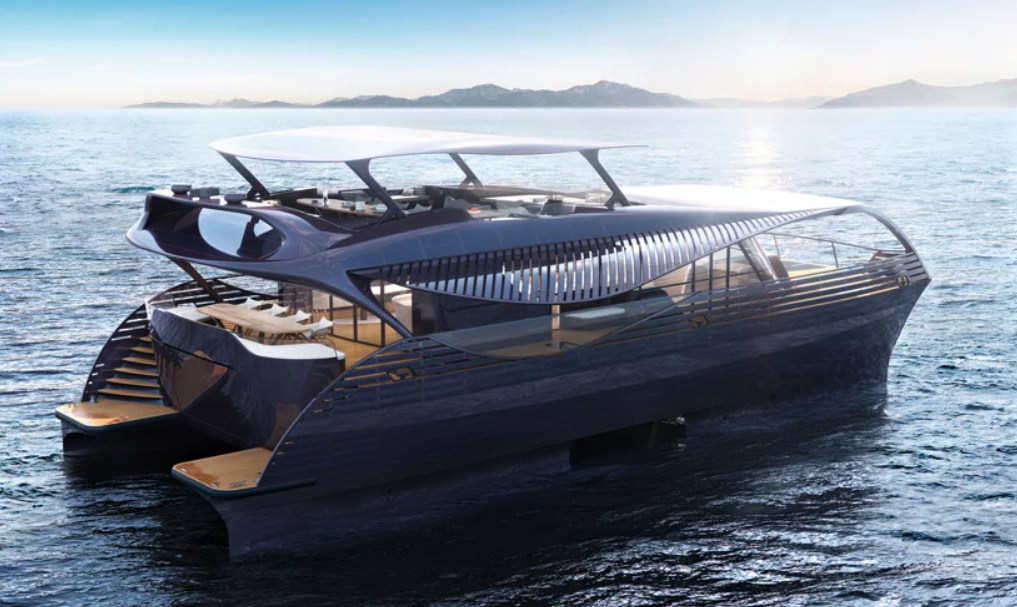 Electric vehicles certainly seem to be the future, with just about every major auto brand following Tesla’s lead to a gas-free future, but will the same be true for boats? Yachts are a big status symbol for wealthy folks, but they’re also huge gas-guzzlers. Now, a Swedish company called Solar Impact is hoping to change that with a gorgeous pleasure boat that never sips a drop of fuel.

The ship is a technological marvel — which, it should be noted, has yet to actually be built — and is absolutely covered in power-generating solar panels. The ability to generate its own power gives the yacht unlimited range, but that claim comes with a bit of an asterisk.

Called simply the Solar Impact Yacht (that might change at some point), the nearly 80-foot long vessel offers three floors of fun. A total of six cabins are tucked away below while large social areas dominate the main deck, and a lounge area is situated up top.

This mighty vessel is rated at over 1,300 horsepower, and when at full throttle it can cruise at an impressive 22 knots. However, that speed would drain the large 800kWh battery faster than the solar panels can actually recharge it. For truly unlimited range you’d need to scale back your speed to a much slower 5 knots. When in electric mode, the yacht is “noiseless,” according to its manufacturer.

If you find yourself stuck with cloud-covered skies and an empty battery you can either wait for the Sun to shine through again or start up the dual diesel backup engines to push you along. Along with these power options, the company claims that the yacht comes with some kind of artificial intelligence, though it hasn’t exactly explained how it works.

Despite plenty of specs and a detailed layout available to browse on its website, the company has left a lot of questions unanswered. No actual availability information is available aside from a vague hint that “next year” is when the yacht may or may not actually be a real thing. Most importantly, there’s not even a ballpark price, but an all-electric solar-powered super yacht sure sounds like something that only about a dozen people on Earth will be able to afford.