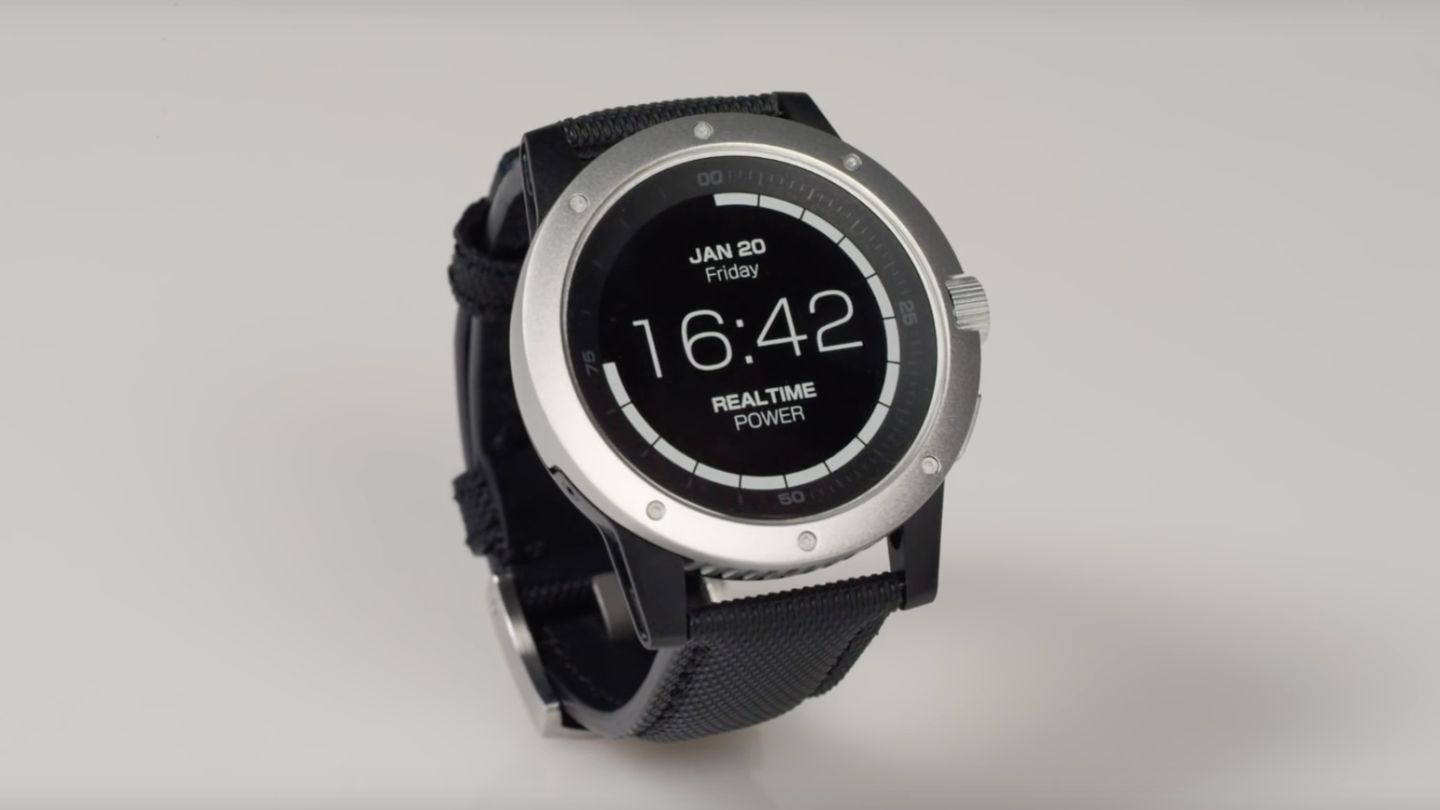 If there’s one thing that’s keeping the smartwatch movement from gaining mass market traction, it’s the fact that they need to be charged more often than almost any other device. A startup on Indiegogo thinks it’s solved that problem, and it’s launching a smartwatch that is powered by body heat.

The Matrix PowerWatch is a far cry from the colorful Apple, Samsung, and Motorola smartwatches, featuring a monochrome display and fairly basic app notifications. But what its creators believe it lacks in power, it more than makes up for in ease of use.

Using a thermoelectric heat-to-electricity power method, it automatically springs to life whenever you’re wearing it, and you body is the battery. When you take it off, it powers down and saves all your information in its built-in memory.

Its unique power system means no charging cords, but it also allows the watch to track your calories in a manner that Matrix claims is more accurate than the motion-based figures generated by current smartwatches. By measuring and tracking the heat you give off, the watch knows how much of your caloric intake you’re physically burning, and provides you with that information.

The PowerWatch is certainly an interesting concept, and there’s no denying that the prospect of a charger-free smartphone is tantalizing, but there’s still a lot of work to be done before it becomes a reality.

Matrix notes that it has working prototypes, but is launching on Indiegogo in order to begin production of the consumer models. The company estimates that the first shipments won’t be sent out until July of 2017, and since it’s a crowd-funded project, you should probably hedge that date by another six months or so. Pricing starts at $99.