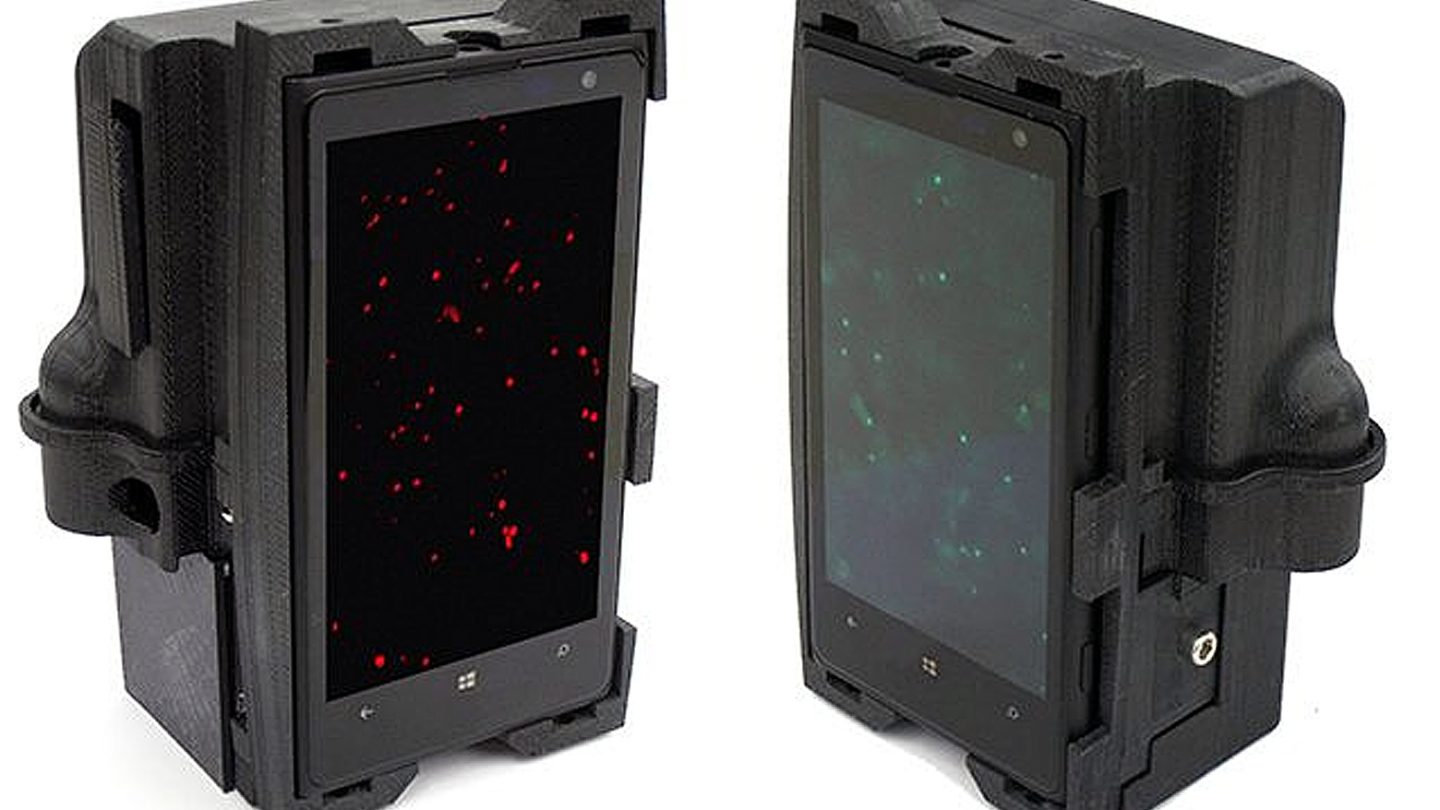 The smartphone case you slap on the back of your mobile phone might protect it from bumps and scrapes, and maybe even give it a bit of added battery life with a built-in power supply, but there’s no OtterBox or Mophie that can hold a candle to a new accessory built by a team of medical researchers looking for a cheap and effective way to analyze DNA. The bulky add-on was developed by an international team of scientists headed by UCLA professor Aydogan Ozcan, and it is a powerful tool in the worldwide battle against cancer.

The device, which was built using a 3D printer, turns a standard smartphone — in the team’s documentation a Windows Phone was used, but it could presumably work with just about anything — into an a high-powered microscope that allows for the analyzation and imaging of DNA sequences.

Much of the hard lifting is done by the phone itself, and all a medical technician needs to do is add a tissue sample to the built-in receptacle. The phone then snaps several images of the resulting sample and then runs that information through an algorithm which is designed to identify tumor DNA or genetic mutations hidden within normal tissue.

According to UCLA, the device could be manufactured for “much less” than $500 if it were able to be built in large quantities, meanwhile the cost for a full-fledged microscope with similar capabilities would run from $10,000 all the way up to $50,000 or even higher. The team hopes that its work could help provide advanced medical care to patients in regions without the luxury of cutting-edge technology.