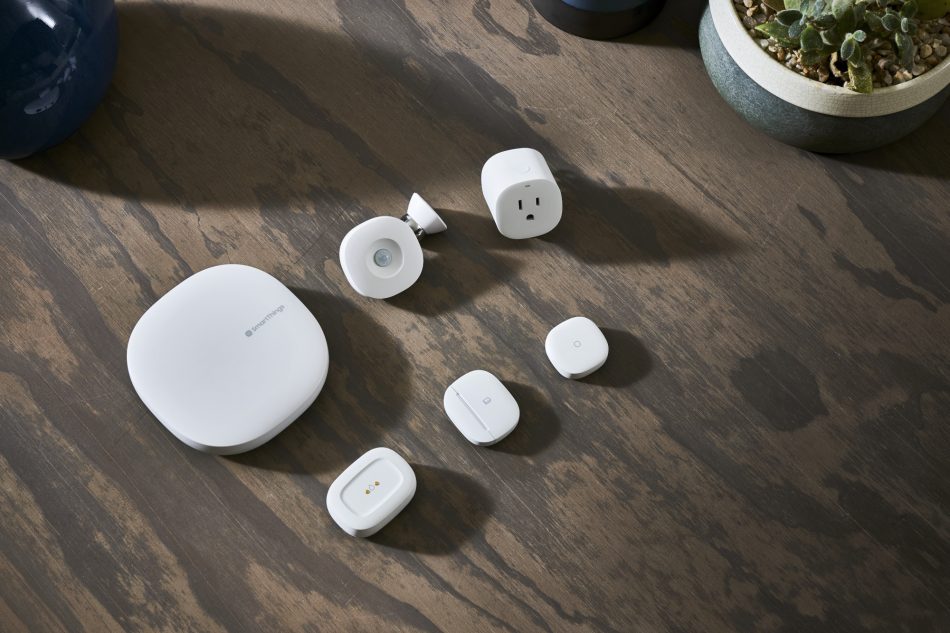 Samsung has a big update to its Wi-Fi product line that the company announced today, for which it’s using AI-based mesh wifi tech from Palo Alto-based Plume Design to provide better connectivity to an entire home or office — not just the spot where the router is based.

The solution is the company’s new SmartThings Wi-Fi mesh network system, which comes with a built-in SmartThings Hub. Samsung says that integrating Plume’s technology means the company can now better adapt to internet usage among consumers and use AI to allocate bandwidth across connected devices, also choosing the optimal band and frequency channel so users get the fastest speeds.

Samsung’s announcement goes on to note that Plume’s technology can optimize a home network across multiple devices so parents working from laptops can, for example, download files while kids stream TV, and gamers get better speed and reliability even when others are using the same network. Using the Plume Homepass feature, users can also set parental controls to manage screen time and set-up special logins and passwords for guests.

“As more people embrace a connected lifestyle, we’re focused on creating the best experiences so they can get more out of their smart home,” SK Kim, senior director for internet of things product marketing at Samsung Electronics America, said in a released statement as part of today’s announcement. “SmartThings Wifi is an intelligent solution that adapts to the many devices in the home, with mesh capability to eliminate coverage gaps plus a built-in SmartThings Hub to easily monitor and control hundreds of compatible smart products.”

Samsung is selling a three-pack of the wifi units starting today at Samsung.com for $279.99. You can get one of the single devices for $119.99.

The company says its included SmartThings Hub works as a kind of “brain” for the connected smart home, with the SmartThings ecosystem making it easy to automate and manage the home via one hub and app. It’s also compatible with hundreds of third-party devices and services.

Meanwhile, Samsung also announced today that it’s updated the “performance and connectivity” of its SmartThings Hub, along with different sensors and a Smart Outlet. “The new, more compact SmartThings Hub has been upgraded with the latest Zigbee, Z-wave, and Bluetooth 4.1 connectivity protocols,” the company says. “Now, the Hub can wirelessly connect to a Wi-Fi network, no longer needing a dedicated Ethernet cable, so users have the flexibility to place it anywhere in their home.”

As a standalone, the new SmartThings Hub costs about $70, and it’s also available now at Samung’s website.