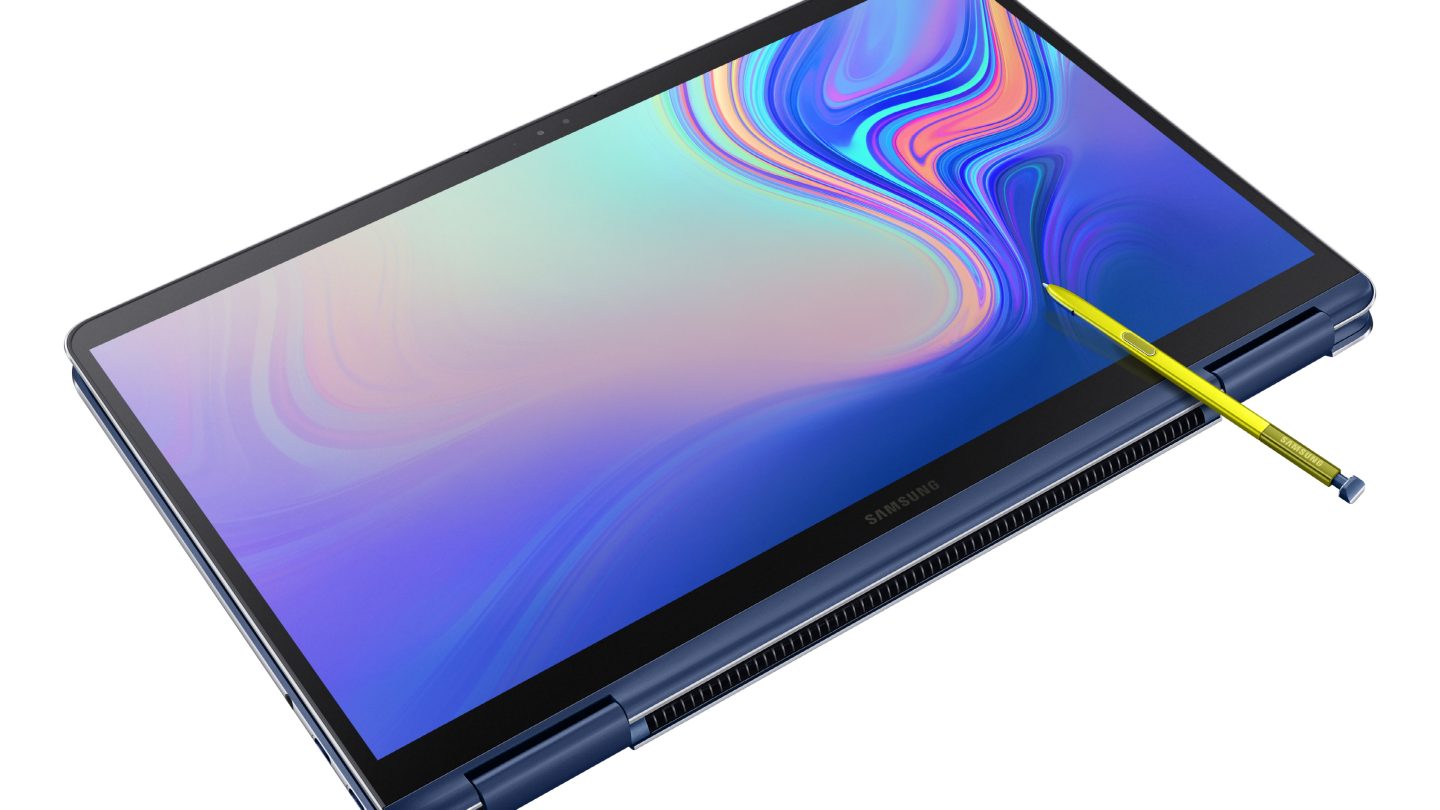 Ahead of CES 2019 in just a few weeks, Samsung is unveiling a new 2-in-1 notebook PC today, in addition to teasing three additional product announcements set to be made at the company’s 2019 PC Showcase on January 6th, 2019 at The Wynn in Las Vegas as part of the consumer trade show.

As far as today’s reveal goes, the company says it plans to release a 13-inch and 15-inch version of its Notebook 9 Pen, a new 2-in-1 that promises a modern design, premium performance, and an S Pen in the box. Style, power and portability are the keywords Samsung underscores in this announcement about the company’s latest notebook, which the company says is meant for users who want flexibility and a device that adapts to the way they work.

The build promotes durability thanks to an all-metal and aluminum frame, and the edge-to-edge diamond cut metal finish contributes to a premium look and feel. It also comes in an Ocean Blue color finish.

“Choice and creativity go hand-in-hand, and those who create deserve the flexibility to work the way they want, wherever inspiration strikes” said YoungGyoo Choi, Samsung senior vice president and head of its PC business team. “With improved design and performance, along with our notebook’s most advanced S Pen yet, the new Notebook 9 Pen is perfect for contemporary professionals who put especially high demands on their technology.”

Among other highlights and features of the new device, Samsung touts that the accompanying S Pen doesn’t ever have to be charged, since it’s stored directly in the PC. As an extra enhancement, users can download the Myscript Nebo app from the Microsoft store for a free three-month trial. It allows for the conversion of notes into digital text, as well as hand-drawn charts and diagrams into cleaner versions. Additionally, Samsung has reduced the S Pen’s latency so that it feels closer to the act of putting pen to paper instead of on a screen.

The notebook comes with a powerful 8th Generation Intel Core i7 processor and the ability to fast-charge, letting you get up to 15 hours of battery life pretty quickly. Other features include face and fingerprint log-in, expandable storage, two Thunderbolt 3 ports, and next-gen Gigabit WiFi support.

Here’s a look at the full specs for both the 13-inch and 15-inch Samsung Notebook 9 Pen models: