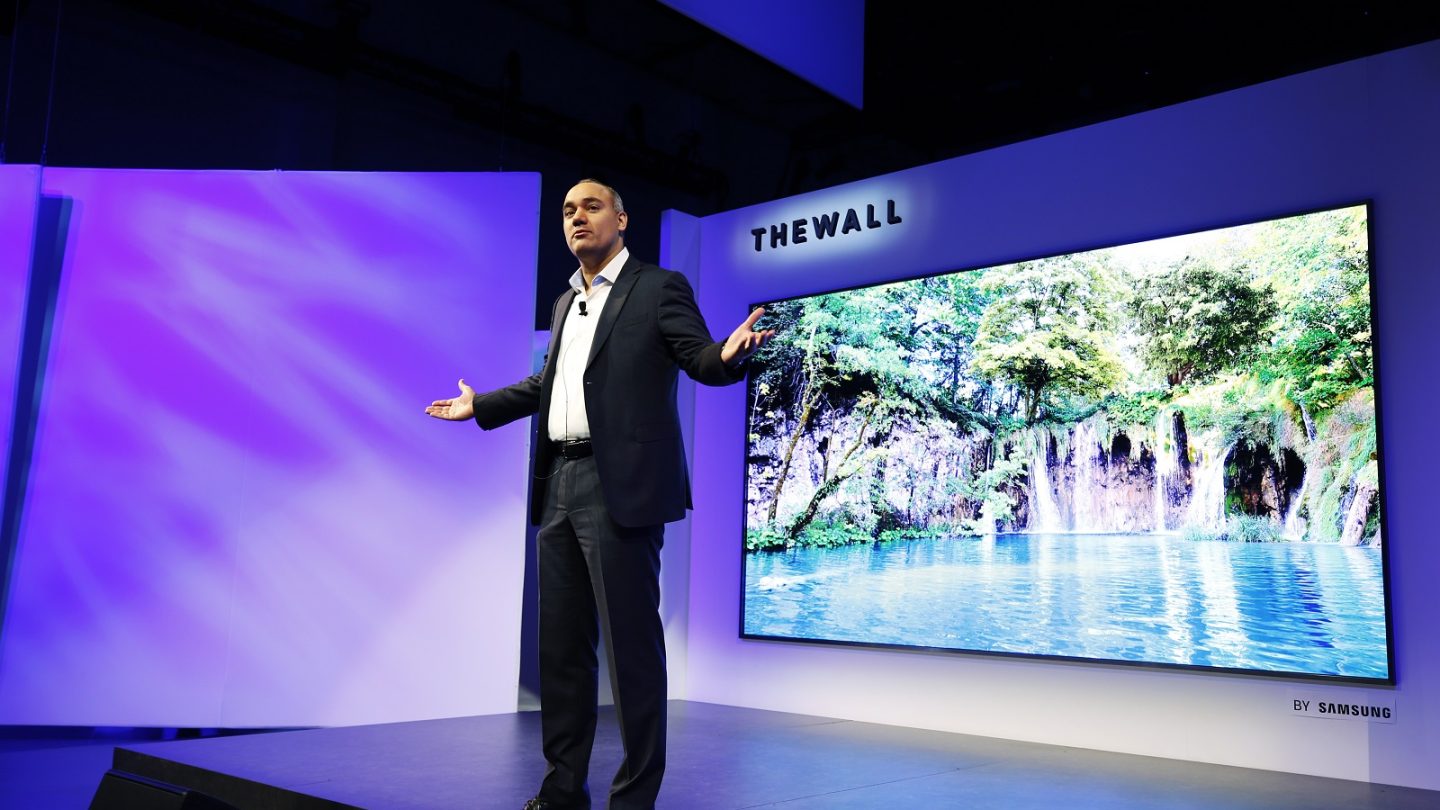 Samsung kicked off CES keynote season today with a blockbuster set of announcements. As you’d expect from a company that makes everything from washing machines to smartphones, there was a whole bunch of stuff to absorb. But luckily for you, you don’t have to sit through the entire speech, because we did that for you.

Samsung has decided that smart TVs are very 2017, because its new TV range is all “intelligent.” Mostly, that means Samsung’s virtual assistant, Bixby, is built into the screen, so you can shout at it to dim the lights or lock the door, just as you might with a Google Home or Amazon Echo. They’ll also have a universal, intelligent TV guide to try and surface programming that you’re interested in, personalized to your tastes.

The announcement was short on details in terms of the integration with devices, so we’re going to have to wait and see on this one. In theory, a built-in universal guide to centralize your programming would be great, but it all depends on the integration with content providers. If that’s there, we’ll be excited.

Samsung is also pushing the use of a smartphone to streamline TV setup, allowing auto-login of apps like Spotify and Facebook. Again, if all the apps get onboard, it will make a big difference, but anything that requires third-party apps to code in updates for a niche service (setting up a new TV!) is questionable.

Years after the first TV with a touchscreen showed up at CES, Samsung is still trying to push them hard. This year’s big innovation is a smart TV with AI and connectivity to all your other devices. That means you can check the contents of your fridge from your smartphone or TV, and it also means that Samsung’s AI can recommend recipies for each member of your household, depending on individual tastes.

Of course, you can also talk to the fridge, and like other smart assistants, the fridge will use voice recognition to learn different members of your family, and tailor its recommendations accordingly.

Per storied CES tradition, Samsung also took the wraps off an absurdly big, absurdly gorgeous, and absurdly expensive TV. This year’s lust-after set is 146-inches big, with Samsung’s micro-LED technology. That means no color filters, and no backlight, which means beautiful color accuracy and truly black blacks. “This is the future of television, and it’s going to make a significant impact on our industry,” Samsung’s exec said, which hopefully means the tech will be trickling down to people with budgets of $1,000, rather than $10,000, in a few years.

The Samsung Flip was probably the most novel product Samsung showed off today. It’s a giant interactive whiteboard, not hugely dissimilar to Microsoft’s old Surface project. You can edit slides, draw on things with a pen, and generally collaborate on stuff. You can also stream directly from a laptop, which is handy for group collaboration.

The particularly cool thing was two-way pairing with a Samsung smartphone. During an on-stage demo, a device was tapped against the screen, which quickly paired the phone to the Flip using NFC. A window then popped up on the Flip, showing the smartphone’s display, but you could also touch the display to control the smartphone. There’s all kinds of potential for real Minority Report-style stuff here. The price isn’t disclosed yet, but it should go on sale this month in the US and Europe.