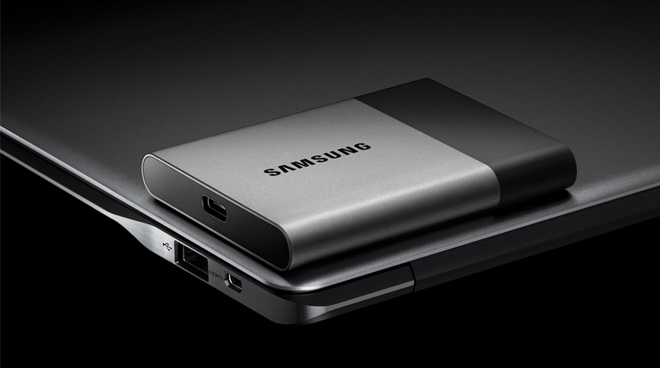 Do you want to have lots of data that’s easy to access on the go? If so then Samsung has you covered with the new Samsung Portable SSD T3 that it announced on Monday during CES 2016. The new SSD comes in 250GB, 500GB, 1TB and 2TB models and is encased in a device that’s the size of your palm and that weighs less than two ounces.

Here are some other key specs of the Portable SSD T3:

“Following the successful worldwide launch of the Portable SSD T1 in 2015, we made several significant upgrades to the T3 based on the feedback and needs of our customers, which included content creators and business professionals in particular,” explains Un-Soo Kim, Senior Vice President of Brand Product Marketing, Memory Business at Samsung Electronics. “As such, the T3 delivers the outstanding performance, storage capacity and durability needed from an external storage device for today’s mobile lifestyle, without compromising on style or security. It’s the new portable external storage drive users can depend on in any situation or environment.

Samsung says that the new SSD will launch in the United States and other countries starting in February before rolling out worldwide later in the year. Pricing for the device has not yet been revealed, however.

You can learn more about the Samsung Portable SSD T3 at Samsung’s official page at this link.