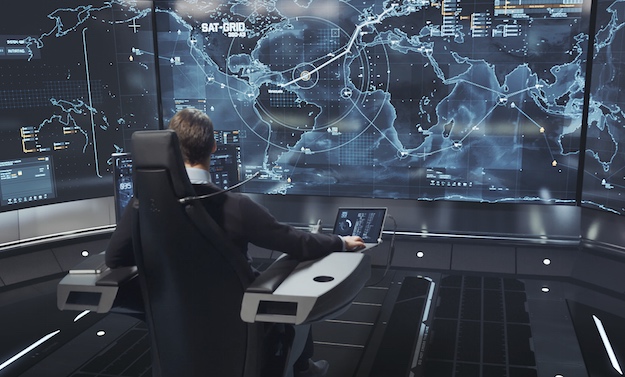 With so much talk about a future filled with self-driving cars, it’s easy to forget that general advances in autonomous software technologies can also be applied to boats. That being the case, Rolls Royce recently announced that it’s been working on technology that might someday make it possible for gargantuan cargo ships to sail themselves across oceans.

In a white paper published a few days ago, Rolls Royce explained how their vision of “remote and autonomous shipping” may become a reality as early as 2020. The initiative is part of Rolls Royce’s Advanced Autonomous Waterborne Applications (AAWA) program.

Speaking on the matter, Rolls Royce VP of innovation Oskar Levander explained: “This is happening. It’s not if, it’s when. The technologies needed to make remote and autonomous ships a reality exist. The AAWA project is testing sensor arrays in a range of operating and climatic conditions in Finland and has created a simulated autonomous ship control system which allows the behavior of the complete communication system to be explored. We will see a remote controlled ship in commercial use by the end of the decade.”

Indeed, as Rolls Royce envisions it, we’re just a few years away from an environment where a lone operator would be able to remotely control an entire fleet of ships from a central command console. And because this is the future we’re talking about, Rolls Royce envisions the console being an advanced holographic display as evidenced by the renderings above and below.

Some of the anticipated benefits of remote and autonomous shipping include an improved safety profile and the ability for crew members to focus on more pertinent tasks. For instance, the company explains how these ships of the future would be able to use advanced sensors and companion drones that would effectively serve as advanced scouts capable of identifying important travel issues that humans might otherwise not notice.

So while Rolls Royce at the moment is working on decreasing the role of humans in the shipping process, the company eventually believes that fully autonomous shipping may be possible within two decades. Before that, the company is confident that remote controlled ships will become operational by 2020.

A few more photos from Rolls Royce’s press release can be viewed below.