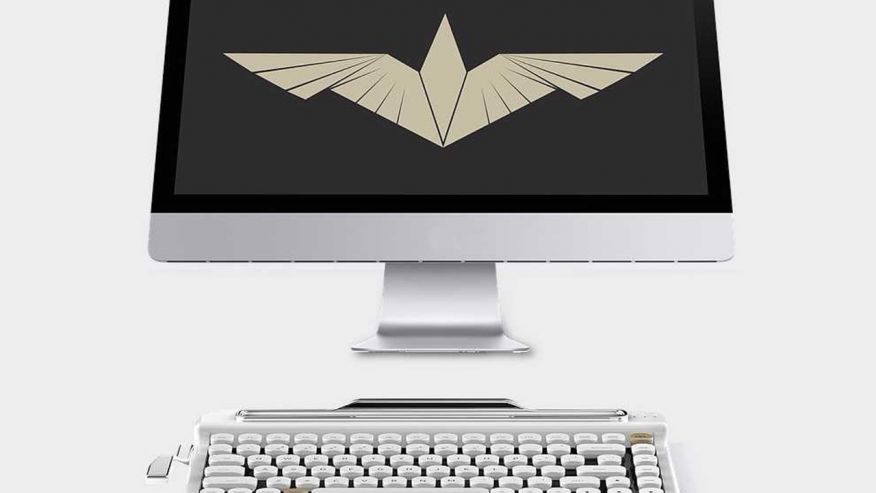 Retro keyboards are becoming more popular and one startup has a promising design.

Elretron’s Penna keyboard appears to have legs, outweighing the competition, thanks to its stunning design that comes amid a retro feel.

The keyboard’s appeal lies in its combination of old-time typewriter aesthetics with modern keyboard technology. And it promises to offer the opposite of the experience you get on Apple’s newest “Butterfly” MacBook keyboards, which have shallow key strokes to accommodate Apple’s thin designs.

The satisfying, solid click that the Penna and other retro keyboards aim for is derived from a mechanical switch. Keyboards with full individual switches date back decades, the best example being the old IBM Model M keyboard.

That set the standard for desktop PC keyboards throughout the 1980s and 1990s.

The Penna keyboard offers a choice of circular- or square-shaped keys as well as three switch options for different typing experiences. There are red, blue, or brown switches, with different colors for different levels of clickiness and resistance.

Elretron has also added a nice touch on the side of the device by including a lever that is reminiscent of the old typewriter levers used as a carriage return. In this case, it’s used to create macros for recording keystrokes that can automate frequently-used key combinations or words.

The Penna connects with Bluetooth and is designed to be compatible with devices running Windows, iOS and Android. In an idle state, it is expected to last on two AA-sized batteries up to 6 months, though the literature doesn’t yet mention active battery life and the company did not respond to a request for comment about it.

HP’S VIRTUAL REALITY SIMULATOR WILL BUILD A COLONY ON MARS

As with any small crowdfundedstartup, there is risk. The company must meet production target dates and compete in a competitive marketplace.

“Our products [are] already validated by…prototype [and] have been redesigned after additional modifications,” the company says on its Web site. “All manufacturing facilities are located in South Korea to maintain highest quality in production line,” the company adds.

It comes in four colors and the “Solid Basic Pack” is listed at $119 if it’s pre-ordered now, (but more if you buy after it ships).

It is slated to ship in December of this year.