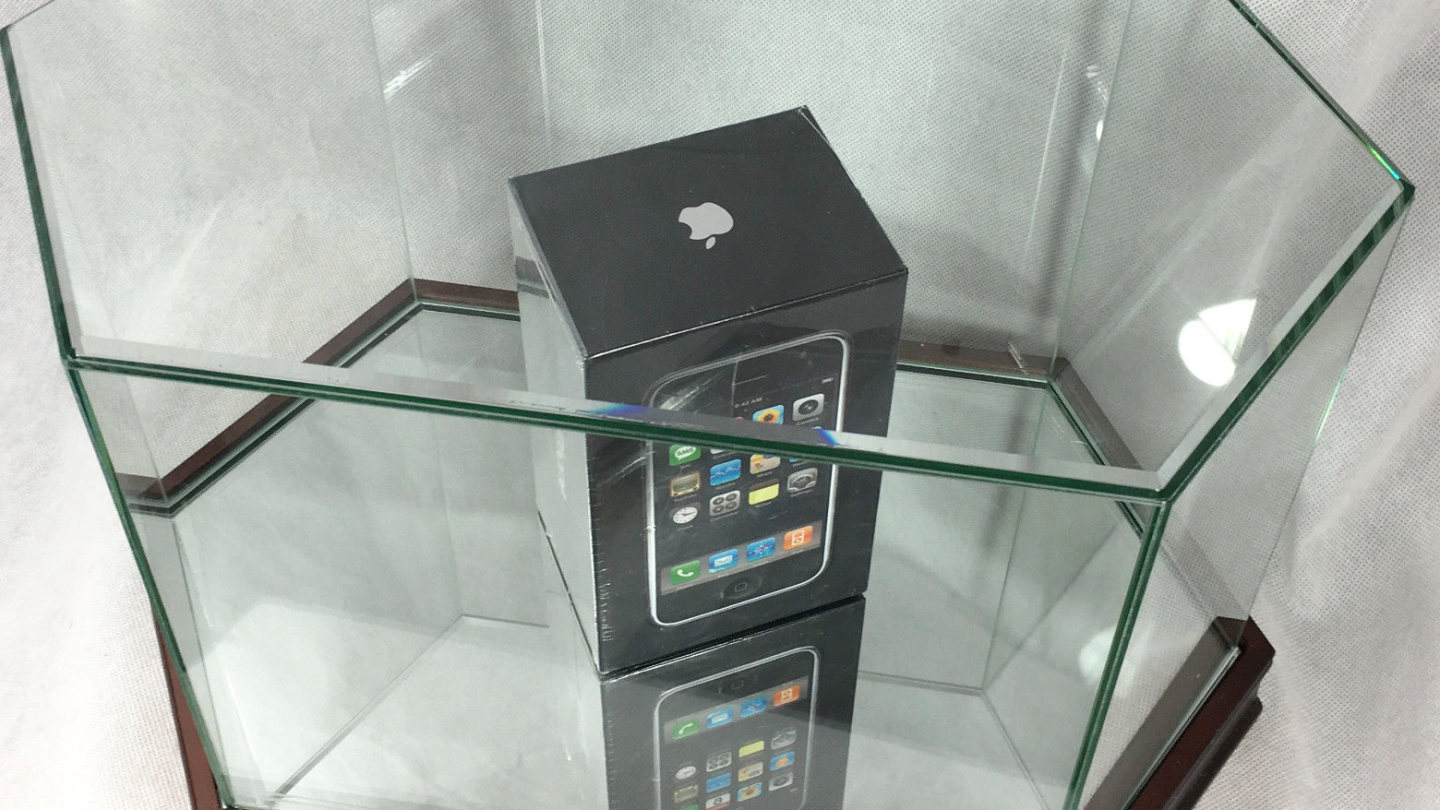 If you happen to have an iPhone 2G laying around, you might be sitting on a nice little payday, especially if you somehow never bothered to take it out of the box. Prices for the original grandaddy of Apple smartphones have steadily climbed over the years, but it’s starting to get a little bit crazy.

Like many Apple products, pristine examples of old models are often sought for their collectors value, even if the device itself is painfully obsolete. The iPhone is no exception. In fact, it might be the best example yet of just how crazy collector’s are willing to go for a boxed, sealed Apple gadget from yesteryear.

Sealed in shiny glass cases and wrapped in red ribbons, the last remaining new-in-box original iPhones are selling for thousands upon thousands of dollars, with seemingly no ceiling in sight. The “cheaper” examples are typically mint condition phones in opened boxes, and sell for a few thousand dollars, but don’t expect to score a still-wrapped iPhone 2G for less than about $8,000. If you want the top-of-the-line, “display worthy” examples you can plan on a total of $15,000 or more. And no, these aren’t just the listed prices for the phones; these are the prices that people are actually paying for the phones, as shown by eBay’s completed listings filter.

What exactly a person would do with a never-opened original iPhone that they paid $15,000 or more for remains a mystery. Perhaps it looks nice above the fireplace, or maybe it’s just a really fancy paperweight. Whatever the reason, people with money to burn clearly love old iPhones.