Which countries pirate the most expensive software? 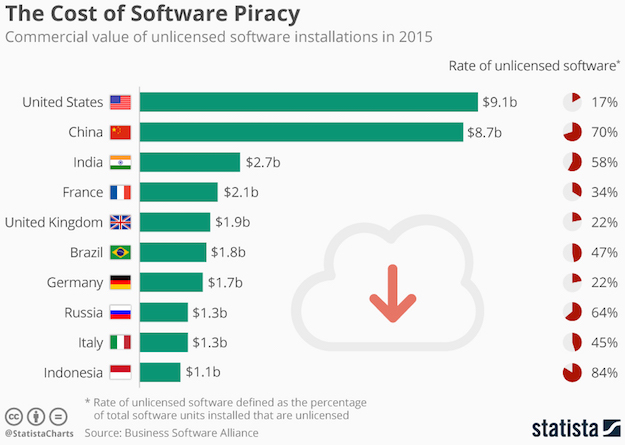 Tweet
Federal guidelines for autonomous vehicles due this summer