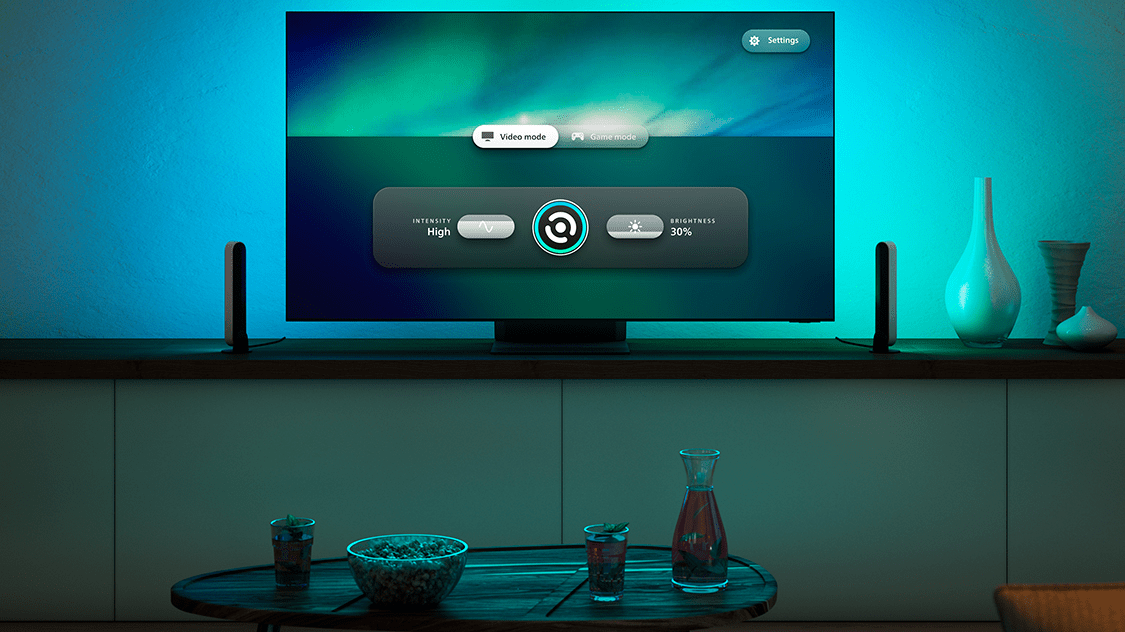 Philips Hue, one of the most popular smart lighting platforms in the world, is launching a new app for the television that will allow you to adapt your lights to the content playing on your TV…for $130.

As reported by Gizmodo, Signify, the parent company of Philips, has announced the Philips Hue Sync TV app, a new app that allows you to control your lights based on what is playing on your TV — with no TV hardware required.

It’s a pretty cool prospect, as other TV lighting products require additional hardware that is hooked up directly to or needs to be around your television to achieve a sync between what’s playing on your television and the reaction of your smart lights.

Philips Hue is attempting to remove the need for this additional hardware with its new app…which costs $130. That’s a high price to pay for a piece of software but, for those who want to invest in a minimalist home theater setup, it could be worth it.

The company also notes that the app will only be available for select 2022 Samsung QLED televisions at launch. It will also only work with lights connected through the Philips Hue bridge.

The Hue Sync TV app works with Samsung QLED TV models Q60 and higher that were manufactured in 2022 or later. Like the Hue Play, once configured, you can personalize which lights sync up with your TV, including the intensity of the syncing, brightness, and whether it’s a video you’re watching or a game you’re playing. The app supports content in various image formats, including 4K, 8K, and HDR 10+.

Signify has not said if or when the app will be coming to other televisions, but it makes sense that it will as long as the televisions have the necessary hardware to support it.

The Philips Hue Sync TV app will be available to download on compatible Samsung televisions beginning on Wednesday, January 5. The app will cost, remember this, a whopping $130. Still, for those who paid $250 for the company’s previous hardware box to accomplish this experience, it technically is almost half off for the same feature.