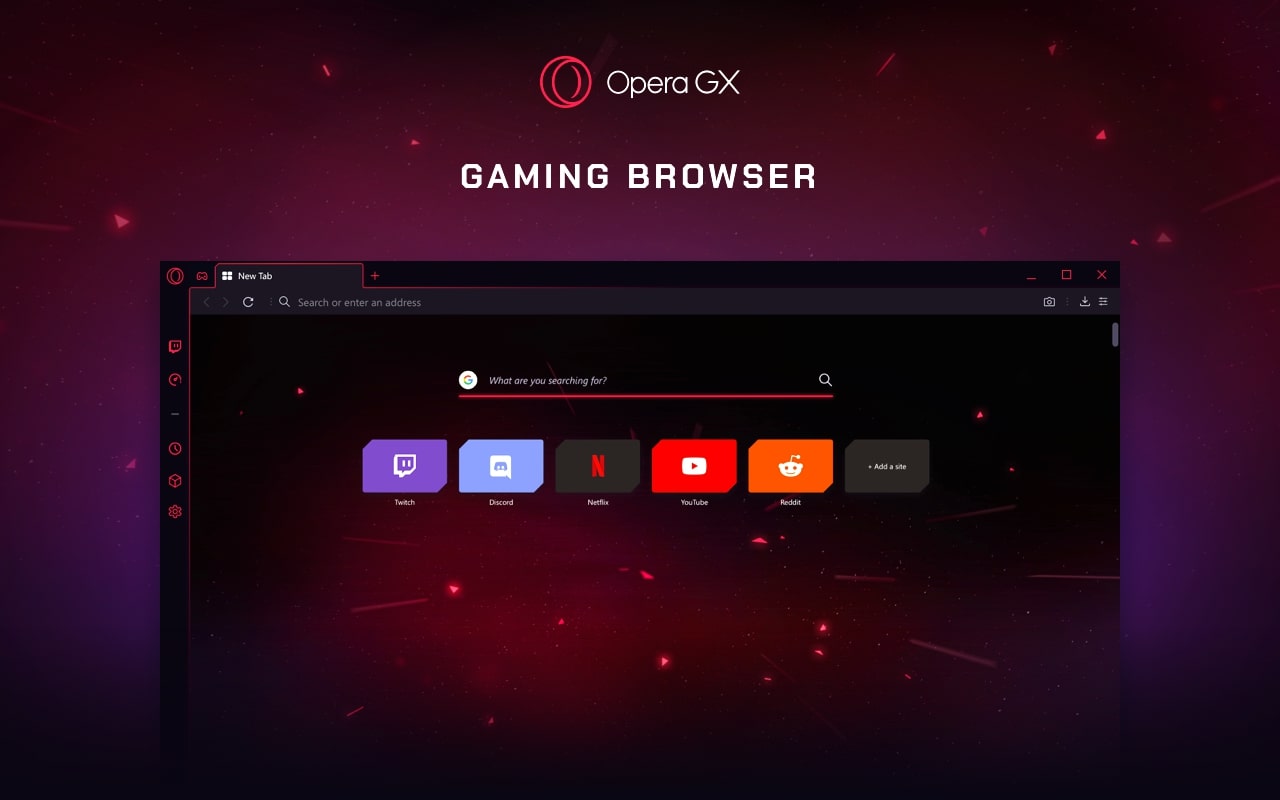 As Krystian Kolondra explains it, the just-announced new gamer-specific browser his company unveiled today was designed for the subset of 1.2 billion PC gamers in the world who spend “a lot of time building their setups.” Kolondra is executive vice president of browsers at Opera, which wanted to give those gamers “a browser to perfectly match their beautiful machines,” he said, referring to the new Opera GX browser for Windows.

An early access program for the browser got underway today, with an official launch planned at an as-yet-undisclosed date later this year.

Opera GX includes a feature set that lets users customize the browser’s look and feel, in addition to limiting their computer’s CPU and memory usage. The latter is done via the “GX Control panel,” a new feature that gives the user the power to set limits on how much of their system’s CPU or RAM they’ll allow the browser to use.

Toggling on the circle will let you set what percentage of the computer’s resources you’ll allow the browser to use, and Opera GX will stay within those limits. Unlike other “memory-hungry browsers,” the company adds in its announcement, as a dig at unnamed competitors.

Additionally, the new Opera browser lets users log into a Twitch account straight from the sidebar. The user will also get a notification when a Twitcher they follow begins a live stream. And there’s even a “speed dial screen” which includes shortcuts to sites the average gamer no doubt checks out regularly, like Reddit, YouTube, and Discord.

The focus on gamers can even be found in something as elemental as the new browser’s startup sounds, which includes tones and an animation sequence inspired by gaming consoles. Opera says the sound effects and musical logo creation are the result of a collaboration with sound designer Ruben Rincon and the band Berlinist, who recently scored a BAFTA Game Awards nomination for the original soundtrack to the game GRIS.

The early access to Opera GX for Windows starts today at Level 1, during E3 in Los Angeles … The initial early access version is designed for people who love games. They will also have the opportunity to shape the next versions, as Opera’s developers have added special ‘feedback’ boxes throughout the browser, where particular features can be rated with one to five hearts.

Opera GX can be downloaded here, with the final version planned to launch later this year.