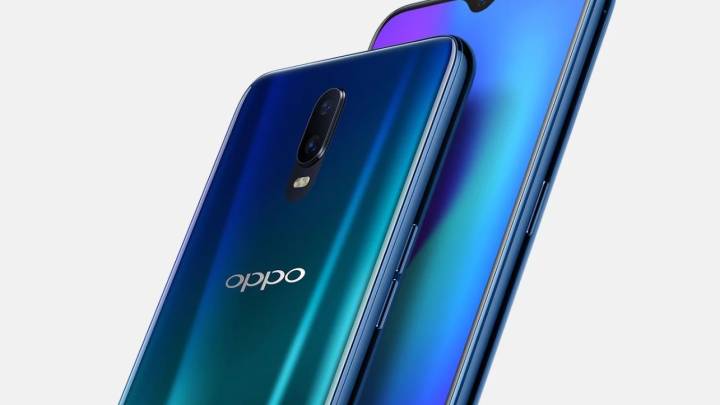 One of the worst-kept secrets in the smartphone industry is that every OnePlus phone is basically a carbon copy of the Oppo phone that launched before it. Both the Oppo and OnePlus brands are owned by the same parent company, and thus the designs of their phones end up being virtually identical year after year, with the OnePlus 5T mirroring the Oppo R11S and the OnePlus 6 lifting heavily from the design of the Oppo R15.

Although OnePlus has yet to confirm its next phone, the internet was abuzz this week as we got our very first look at Oppo’s R17, which may very well be the model on which the OnePlus 6T is based. If so, OnePlus fans have plenty of exciting design changes to look forward to, including one of the smallest notches we’ve seen.

What immediately stands out about the R17 is its notch. While Apple carved a huge chunk out of the top of the iPhone X display to make room for the notch, the notch on the R17 is just a small half-circle dipping down from the top bezel. It is about as inoffensive as a notch could possibly be from a design standpoint, and that’s just the tip of the iceberg. You can get a feel for what the OnePlus 6T might look like in this concept video from Waqar Khan:

In addition to a sleek design, the R17 also features a 6.4-inch display with a resolution of 2280 x 1080, 8GB of RAM, 128GB of internal storage, Qualcomm’s new mid-range Snapdragon 670 processor, and a 3,500mAh battery. Those are some competitive specs, especially when you consider that OnePlus will upgrade the CPU to the latest of the Snapdragon 800 series chips when it begins working on its own flagship model.