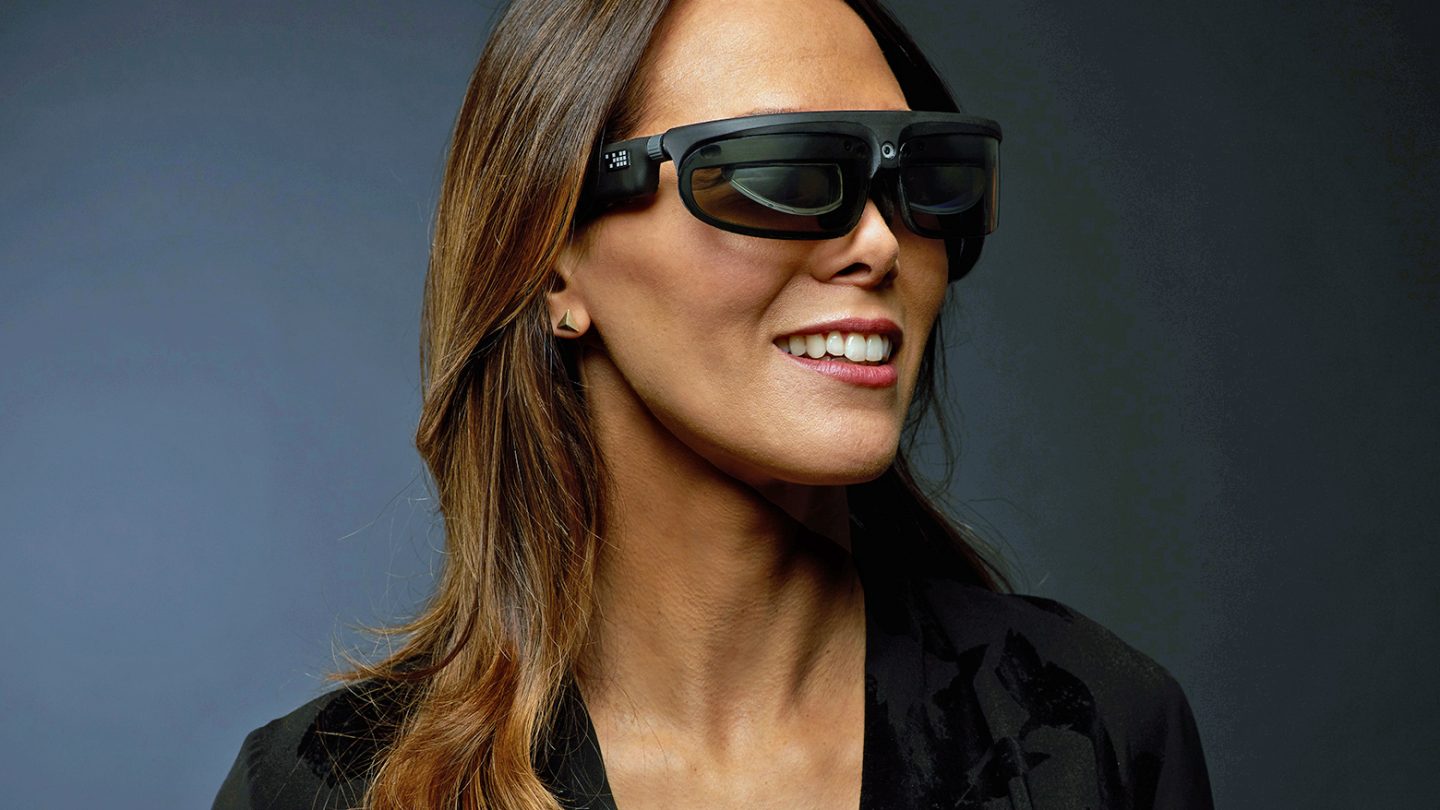 At this point it’s safe to say that AR and VR are going to be around for a while. The ecosystem of apps and hardware is continuing to grow larger (and cheaper) than ever before, and even though it might take a few years before you find yourself with a high-tech headset, you’ll probably own one eventually. The problem right now is that the technology is just so darn bulky. Headsets like the Vive, Rift, and HoloLens will blow your mind but their weigh and clunkiness might also break your back. The hardware has to get smaller, and Osterhout Design Group came to CES 2017 with two fantastic examples of exactly how that will happen.

The R-8 and R-9 smartglasses — yeah, that’s probably going to be a term you hear a lot over the next few years — are AR shades that overlay digital images on top of the real world. They look like slightly chunky safety glasses, and much of the hardware is packed into the arms of the glasses, which is also where the control buttons are located.

Both models feature the same Snapdragon 835 processor built in, giving them ample power to handle the various AR apps and media that we commonly see on high-end smartphones. They both also include Bluetooth support as well as Wi-Fi, GPS, a USB-C port, and twin microphones. But that’s where the similarities end, and the R-9 and R-8 have some pretty stark differences.

The R-9 features a 13MP camera which is capable of 4K video recording at 60 frames per second, or 120 frames per second at 1080p. The displays are 1080p, with a 50-degree FOV, and the glasses have 128GB of built-in storage. The displays on the R-8 model are not quite as sharp at 720p, with a 40-degree FOV, but the glasses feature dual 1080p cameras and a still-impressive 64GB of onboard storage.

Both models are built with 360-degree movies, sports, and augmented reality games and apps in mind, and ODG is already showing off the devices with a special AR demonstration featuring the Alien franchise, so there’s obviously the potential for some horror action as well.

ODG is currently putting out the call for developers to join in building apps specifically for the company’s new wearables, and expects to launch the R-9 for $1,799 in Q2 of this year, with the R-8 glasses arriving in the second half of 2017 for around $1,000.