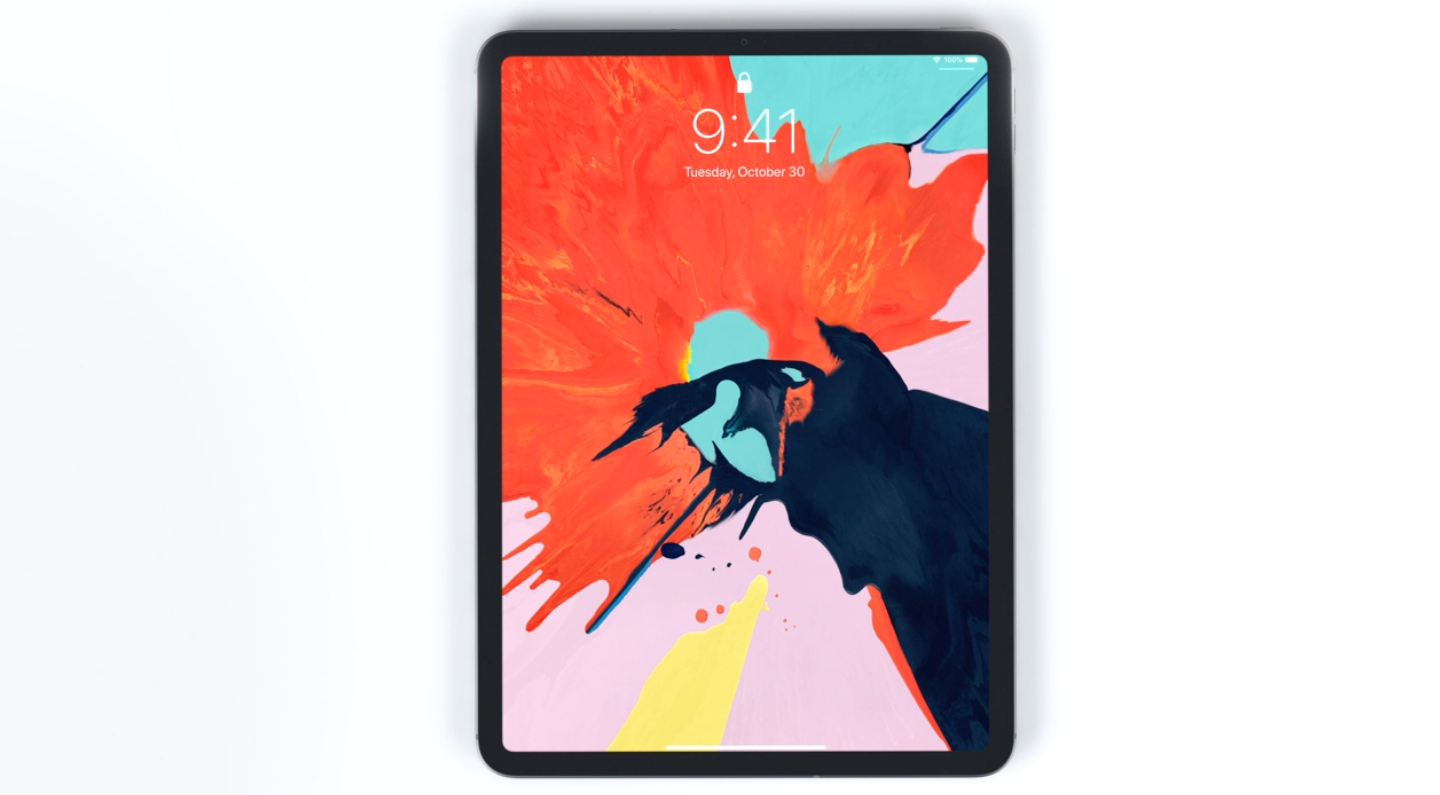 Today’s Apple event in New York City has produced a number of great announcements but the real star of the show is of course the all-new iPad Pro. Tim Cook took the stage to brag at length about iPad being not only the most popular tablet but also the most popular computer on the planet. He used that to make the case for an all-new iPad, and boy is it neat.

The most obvious change to the iPad Pro this time around is the absence of the home button. That’s something that leaks had hinted at heavily prior to the official announcement, and it’s panned out just as everyone expected. The new edge-to-edge display carries Apple’s “Liquid Retina” branding.

The new iPad Pro has an 11-inch display, but it sits within the same footprint as the existing iPad Pro. There’s also a 12.9-inch version which has the same screen size as the previous 12.9, but the device itself is much smaller due to the shrunken bezels. It’s 25% smaller overall.

As expected, the new iPad Pro comes with Face ID, and it works essentially the same as it does on the iPhone. The new tablet has Apple’s TrueDepth camera built in, facilitating all the neat features that iPhone users have been enjoying for just over a year now. With the absence of the home button, gesture controls work just as they do on the iPhone. Swiping down from the edges of the screen reveals various menu controls, which iPhone users will be familiar with.

Buried inside is Apple’s A12X Bionic chip. An 8-core CPU and 7-core GPU team up for overall faster performance than any iPad before, with up to 90% speed increases depending on the task. Graphics performance is doubled. Apple compared the tablet’s graphics performance to that of the Xbox One X, which is pretty crazy.

Another big change that was rumored ahead of the event was the change from Apple’s Lightning connector to USB-C. Apple made good on those leaks, announcing that it would be adopting the standard port for the new tablets and also enabling charging-out, which allows you to use your iPad Pro like a backup battery to charge your phone.

There’s also a new Apple Pencil on offer. The new Pencil charges wirelessly, which is obviously a whole lot more convenient than sticking it into the tablet’s charging port, and it clips magnetically to the side of the tablet. The Pencil has new touch controls that let you switch rapidly between tasks on the tablet, which should be welcome news for anyone who spends a lot of time doing art.

Apple took a moment to showcase some of the app upgrades that will be possible with the new iPad Pro. Architecture and engineering apps will now be able to provide desktop-level performance for users, Apple says. Apple even took a quick dig at game consoles by noting that the new Assassin’s Creed mobile game runs at 120 frames-per-second, which “isn’t possible on any game console.”

Greg Thomas of 2K Games also took the stage to show off a new version of NBA 2K running on the iPad Pro. The game looks a lot like the modern console versions of the game, but the fact that the game is running on a tablet at a steady 60 frames-per-second is admittedly pretty neat.

Adobe also made an appearance at the event, showing off “the real Photoshop” running on iPad Pro. Photoshop has been available for iPad and iPad Pro for quite a while already, and it gets better every year with new features being adopted and included in the mobile version, and the same would seem to be true this year as well.

On the pricing front, the new iPad Pro 11-inch model will start at $799 with 64GB, while the 12.5-inch model starts at $999 for the same 64GB of storage space. Ordering starts today and they’ll be available on November 7th.