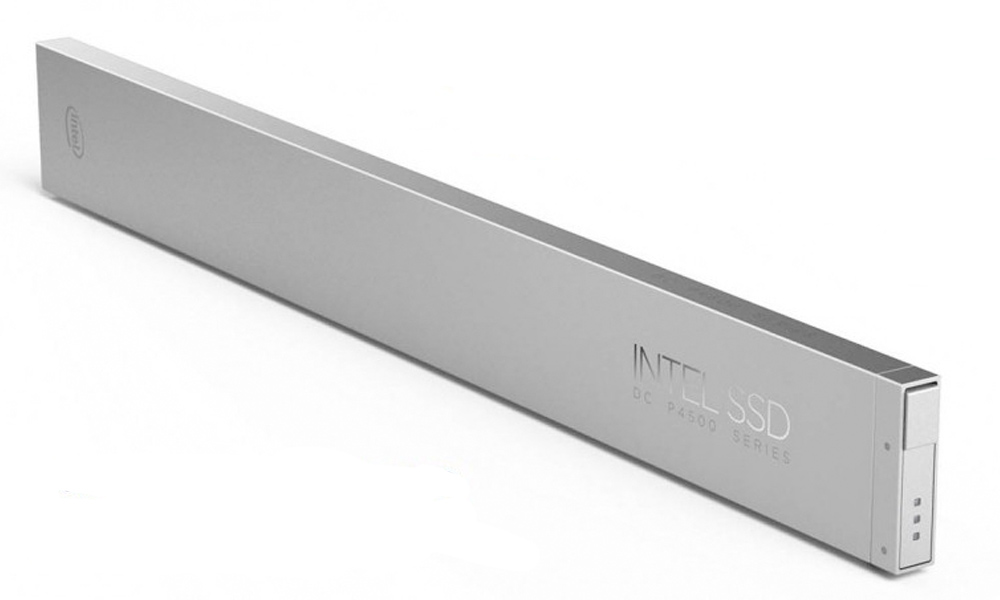 SSDs might already be dominating the consumer PC market, but getting data centers to ditch their disk-based drives in favor of solid state storage is a more complicated challenger. Intel thinks it has the solution, and its new high-capacity Optane SSDs and 3D NAND SSDs are taking on an all-new form factor that the company hopes will give it in edge in enterprise.

Of all the computer components that have steadily evolved over the years, storage drives have remained pretty much the same for years and years. Sure, they’re faster than ever, and platters have been usurped by solid state storage, allowing the drives to shrink dramatically in size, but the familiar boxy shape has been a constant. Realizing that the shape of a solid state storage drive is much more flexible than its disk-based ancestors, Intel is throwing convention out the window with its new “ruler” form factor.

Intel says these new sleek, thin drives will fit perfectly in storage racks, allowing companies to cram as much as one petabyte of storage capacity into a server rack. That’s “enough storage for 300,000 HD movies, or about 70 years of nonstop entertainment,” according to Intel. The company says the new form factor will be available “in the near future,” but hasn’t revealed any specifics beyond that, including pricing. That said, you can bet it won’t be cheap to outfit a data center with a petabyte of solid state storage, regardless of what shape it takes.

As for consumer-level SSDs, the typical rectangle we’re all used to will likely live on for the foreseeable future.