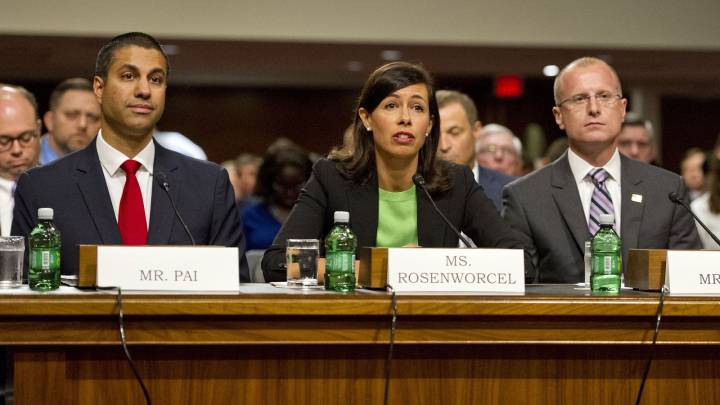 As dramatic as the Senate special election in Alabama was earlier this week, an equally important vote will take place on Thursday morning as the FCC decides whether or not to repeal net neutrality regulations established in 2015. The regulations force internet providers to treat all online services equally, but if the FCC votes to repeal them, providers will be free to speed up some websites and services while slowing down — or even blocking — others.

If you want to watch along live as the commission casts its votes, you can do so on the FCC website starting at 10:30 AM ET. Despite the fact that studies show an overwhelming majority of Americans (Republicans and Democrats alike) oppose the repeal, Chairman Ajit Pai and the two GOP commissioners are expected to pass the proposal.

Consumer advocacy groups, Democrats, John Oliver and, recently, even GOP lawmakers have spoken out about the dangers of repealing net neutrality. While Ajit Pai has done his best to frame this move as a step in right direction, the American public isn’t convinced. Earlier this week, the University of Maryland’s Program for Public Consultation polled over 1,000 registered voters about repealing net neutrality, and 83% said they opposed it.

Pai tried to lighten the mood ahead of the vote with a ridiculous, misleading video on The Daily Caller, claiming that the post-net neutrality internet will be the same internet we’ve been using all along. And while this could be the case if internet providers opt not to take advantage of the sweeping deregulation, it seems unlikely.

“You and I and everyone else who uses the Internet for personal use will see some changes in pricing models,” said Forrester analyst Glenn O’Donnell in an email to The Washington Post regarding the upcoming vote. “For most of us, I expect we will pay more. Service bundles (e.g., social media package, streaming video package) will likely be bolted on to basic transport for things like web surfing and email.”