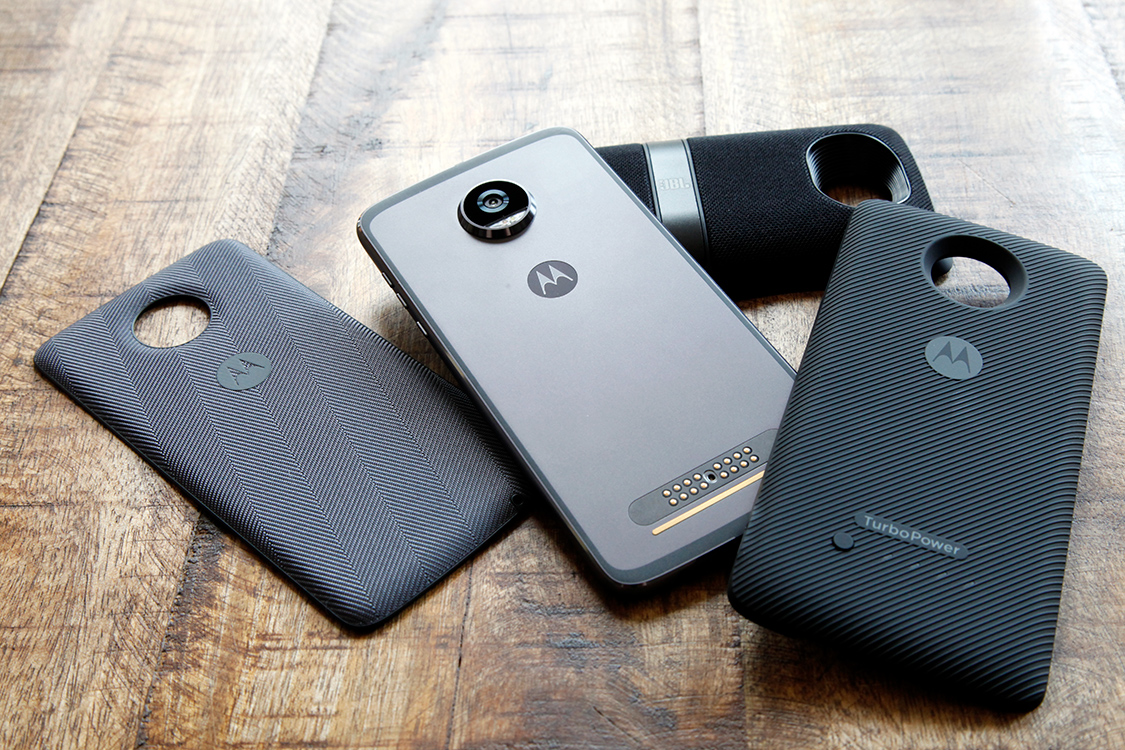 There has been something of an internal struggle since Lenovo first acquired Motorola Mobility back in 2014. Motorola obviously has a storied history in the mobile space, having played a huge role in inventing the cell phone as well as in popularizing the device category with product lines like StarTAC and RAZR. When it was acquired by Lenovo, however, Moto’s new parent company seemed unsure of exactly how to position Motorola in the market, and its branding and messaging have been confusing ever since.

In 2017, Lenovo seems to have finally realized that there is still tremendous value in the Motorola brand. The company’s new advertising campaigns bring back the famous Motorola slogan, “Hello Moto.” What’s more, the Motorola name will rise again after Lenovo tried to bury it over the past two years. Now reinvigorated and enjoying some growth afforded by several successful smartphones that were released last year, Motorola is back with its first big launch of 2017: The Moto Z2 Play.

Lenovo and Motorola on Thursday morning announced preliminary launch details for the Moto Z2 Play, a sleek new smartphone that will pull double duty in 2017. Moto released three different smartphones in the Z family last year, including the Moto Z, the Moto Z Play, and Moto Z Force. This year’s Moto Z2 Play will replace both the Moto Z and Moto Z Play as a single Z-family device that offers the all-day battery life and affordability of the Z Play along with the thinness of the Z.

While the Moto Z2 Play does feature solid specs, it’s not a cutting-edge flagship phone that will compete with the likes of Samsung’s Galaxy S8. Instead, this 2.2GHz octa-core Snapdragon 626-powered phone offers a balance between performance, battery life, and price. Battery life and pricing, after all, were two of the Moto Z Play’s top selling points.

Motorola says that the Moto Z2 Play will offer as much as 30 hours of usage per charge, which is pretty incredible for a smartphone that’s only 5.99mm thick. The Z2 Play’s battery is actually 500 mAh smaller than the much thicker Z Play from 2016, but improvements in efficiency and next-generation chips help the new model offer similar battery life.

Also of note, Motorola’s updated TurboPower charging solution adds about eight hours of battery life to the phone in just 15 minutes of charging when the battery is close to empty.

Other highlights from the Moto Z2 Play specs include a 5.5-inch FHD AMOLED display, a 12-megapixel rear camera with laser and dual autofocus pixels, a 5-megapixel front camera with a dual CCT front-facing selfie flash, Moto’s water-repellant nanocoating for splash protection, either 32GB or 64GB of storage, 3GB or 4GB of RAM, and Android 7.1 Nougat.

Now, for the bittersweet news. In the United States, the new Moto Z2 Play will be a Verizon exclusive when it is first released in early July. Later this summer, however, the phone will be sold unlocked by Motorola for $499.

Alongside the new Moto Z2 Play, Motorola is also releasing several new Moto Mods, which are magnetic accessories that quickly and easily attach to the back of any Moto Z phone. Additions to the Moto Mod lineup include the $79.99 JBL SoundBoost 2, the $79.99 Moto TurboPower Pack, and new $39.99 Moto Style Shells with Wireless Charging. Later this summer, Moto will also launch a very nifty Moto GamePad for $79.99 that basically turns the Moto Z2 Play into a Nintendo Switch.