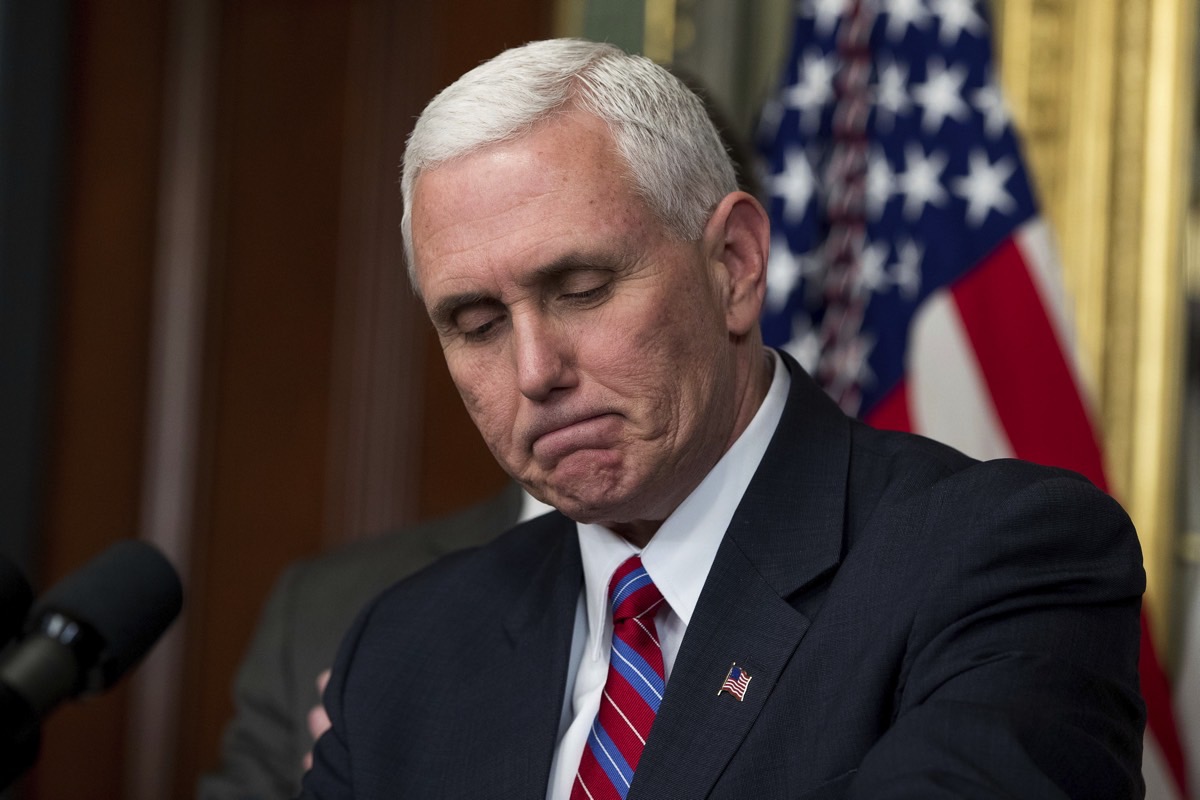 Vice President Mike Pence criticized Hillary Clinton fiercely during the presidential campaign on account of her use of a personal email server to conduct official State Department business. It turns out that Mike Pence himself used an AOL email account for matters related to the governor office.

That’s not even the best part. It turns out that a hacker with modest intentions cracked Pence account looking to scam Pence’s contacts. But he could have stolen contents from the email account that are so sensitive that they could not be shared with the press under an FOIA request.

According to IndyStar’s investigation, it’s not illegal to use a personal email address for official matters in Indiana, but these emails also have to be entered into the public record. But Pence’s administration apparently failed to ensure that the emails Pence received and sent from the AOL account were properly forwarded to official email addresses in a timely manner, and it’s only addressing the matter now.

Indiana Gov. Eric Holcomb’s office released 29 pages of emails from Pence’s private email account, and that’s great. The bad news is that Holcomb’s decided to retain an unspecified number of emails in the AOL account as they’re confidential and too sensitive to release to the public.

Some may say that Pence and Clinton’s private email cases aren’t similar, given that Pence was only a governor while Clinton served as Secretary of State. But it all boils down to the same principles. Using private email to handle sensitive governmental affairs isn’t safe, nor is it transparent, regardless of who the administrative official is.

Last summer, a hacker got access to Pence’s AOL account and sent a message to all Pence’s contacts saying that Pence and his wife are stranded in the Philippines and require money. That’s seen as a broad, impersonal attack, that wasn’t actively targeting Pence’s correspondence. But if such hacks are possible, then sophisticated attacks coming from state-sponsored players are even more dangerous.

“What’s evident from all of the revelations over the last several weeks is that Hillary Clinton operated in such a way to keep her emails, and particularly her interactions while Secretary of State with the Clinton Foundation, out of the public reach, out of public accountability,” Pence said last September on NBC’s Meet the Press. “And with regard to classified information, she either knew or should have known that she was placing classified information in a way that exposed it to being hacked and being made available in the public domain even to enemies of this country.”

At the time, Pence called Clinton “the most dishonest candidate for president of the United States since Richard Nixon.

IndiStar’s full report is available at this link and it’s worth a read.