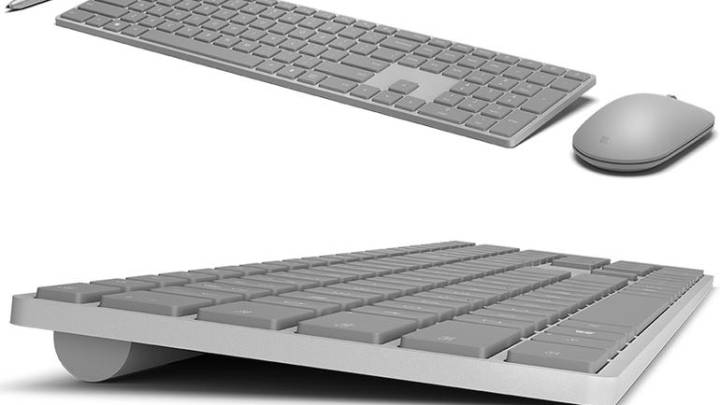 Apple has always been good at paying attention to the details. For as long as I can remember, the Apple Wired and Wireless keyboards have been the standard for inexpensive, good-looking keyboards that were good to type on.

But just as Microsoft has been nibbling away at Apple’s MacBook legend with the Surface Pros, it’s also going after the little stuff.

The Modern Keyboard is an all-new aluminum keyboard, styled after the one that Microsoft ships with its Surface all-in-one. It’s wired or wireless depending on your preference, has practical chiclet keys much like Apple’s keyboards, and includes a disguised fingerprint sensor.

It’s legitimately the most interesting thing to happen in the not-at-all-interesting “office PC peripherals” market. It may also be the best keyboard for normal people who don’t want a $200 mechanical monstrosity to type emails.

It connects to any Windows 8 or Windows 10 PC using a Bluetooth connection, or an optional wire that hooks in up top. The fingerprint sensor looks like any other key, and it’s positioned just to the right of the Alt key. That fingerprint sensor should work for logins using Windows Hello.

Power is provided by two rechargeable AAA batteries, which provide a claimed battery life of two months. It’s unclear if you need to take the batteries out to charge them or if you can just plug the keyboard into a USB port, but either way it’s not a bad battery life.

The keyboard sells for $130, while the much more boring companion mouse is $50.