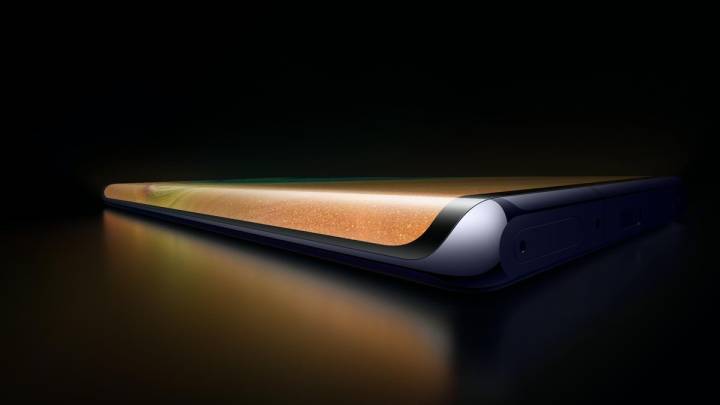 The iPhone 11 phones are available for preorder, with several iPhone 11 versions and most iPhone 11 Pro and Pro Max options being sold out at the moment. The handsets will ship to buyers on September 20th, but just a day before that, Huawei will unveil its third flagship phone of the year (counting the foldable Mate X), and one of the most important iPhone 11 alternatives this holiday season. That’s the Mate 30 series, of course, which also happens to be the most controversial Android flagship phone series of 2019 thanks to all of the hubbub surrounding Trump’s trade war with China. And now we have press renders for all three Mate 30 phones that Huawei will unveil in a few days.

The Mate 30 Pro is hardly going to be the only Android flagship launching in stores this year, but considering what Huawei did with the Mate 20 Pro last fall, it should easily be the most expected one — assuming, of course, that you can buy Huawei phones in stores, and assuming the Mate 30 Pro ships with Google’s version of Android.

The Mate 20 Pro delivered a bunch of features that were not available on other Android devices last fall, including a 7nm chip that would only arrive on other Android handsets this year. The Mate 30 Pro will do something similar this year, packing a brand new Kirin 990 chip built on 7nm EUV tech just like the A13 Bionic that powers all three iPhone 11 phones. But the 990 comes in 4G and 5G versions, something that Apple can’t offer. Samsung, of course, has launched its own Exynos 9825 chip earlier this year, which is also built on 7nm Extreme UltraViolet tech, with the chip powering some Galaxy Note 10 versions.

But even so, the Mate 30 Pro will be more interesting, having a few advantages over Samsung’s best phone, including a more daring curved display design, 3D face recognition support, and an improved quad-lens rear camera.

The cheapest of the three, and a phone that will likely not pack the same Kirin 990 chip, the Mate 30 Lite features a hole-punch design similar to what Samsung and Huawei did with some of their phones earlier this year. The selfie camera hole is placed on the top left corners, and the phone features a quad-lens camera on the back placed centrally, inside a square camera module. The fingerprint sensor is also placed on the back of the phone.

The Mate 30 will look a lot like the Mate 30 Pro, and will surely come with a 5G Kirin 990 chip inside, just look at the following press renders which teases dual-SIM 5G/4G support for the handset. The phone is also expected to pack a dual-lens camera on the front, and an in-display fingerprint sensor.

Huawei’s flagship will deliver a new circular camera module on the back, complete with four sensors, including two 40-megapixel lenses, according to reports. On the front there’s a bigger notch than on the Mate 30, housing second-gen Huawei 3D face unlock components.

The highlight of the phone is easily the waterfall display that features extreme curvatures on both edges, unlike what’s available on the Galaxy Note 10 or S10. As you can see in some of these renders, the waterfall display also forces another massive design change. The phone only has a single physical button, the power button. The volume rockers are reportedly built-into the screen.

This one will probably be the most expensive Mate 30 Pro version to buy this year, featuring the same overall design when it comes to the front side. It’s the rear side of the handset that gets a different design treatment, mixing glass with leather?

There’s also a quad-lens camera on the back of the handset, and the same waterfall display. From the looks of it, the Porsche Edition version will feature a 3.5mm headphone jack, which seems a bit odd given that its predecessor lacked one, and that the other high-end Mate 30 models will not support the old audio port.