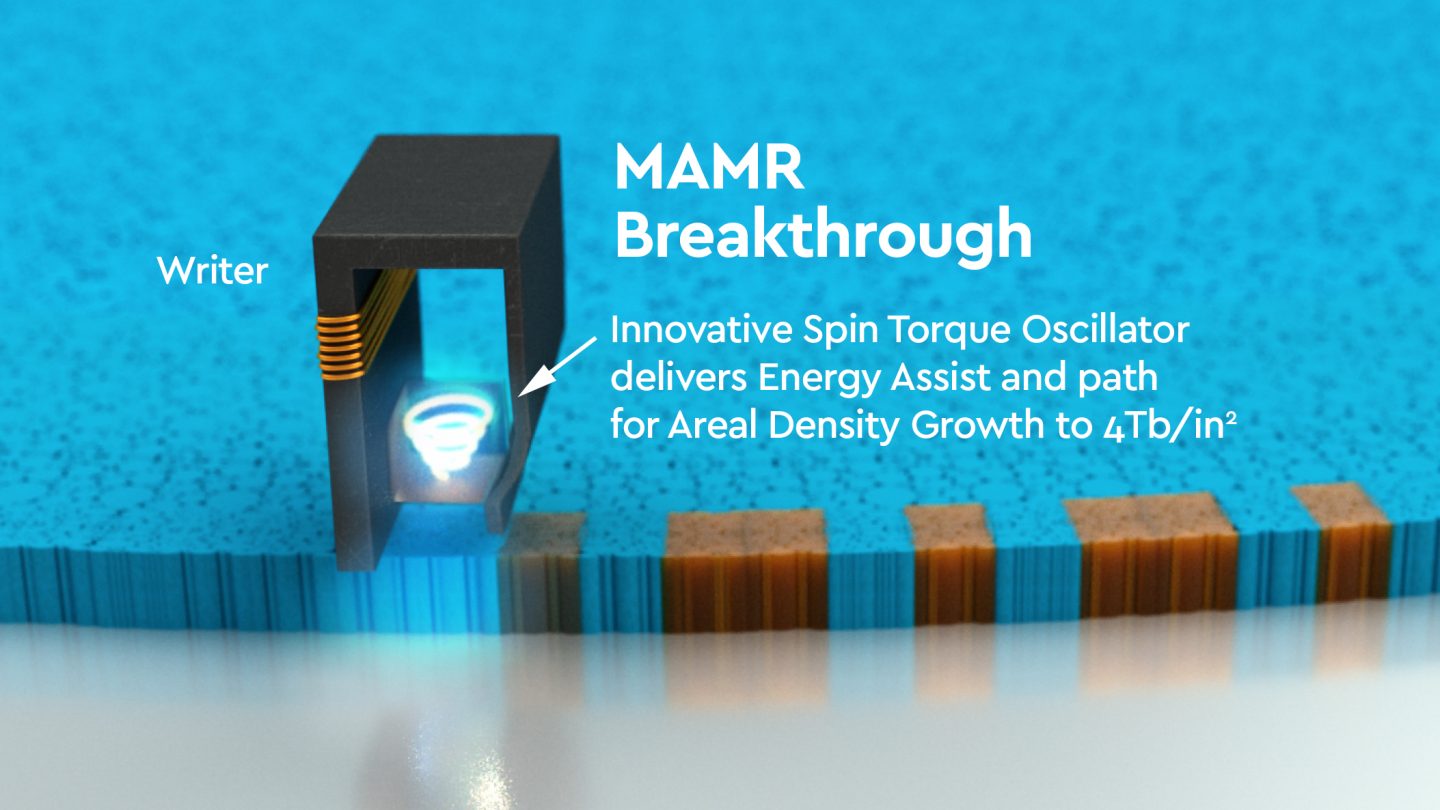 SSDs are all the rage these days thanks to their extremely fast speeds, smaller sizes, and lower potential for physical failure. They’re great, but there’s one area where they serious lag behind their older physical disk brethren: storage capacity. Western Digital, which has continued to push disk-based drive technology forward even in the face of stiff competition from SSDs, has developed something that could keep the “old” standard in the lead for a long, long time, and it’s all about microwaves.

The company is preparing its eventual rollout of MAMR — or microwave-assisted magnetic recording — storage tech, and it’s already showing some really impressive capabilities. In fact, Western Digital expects that by the year 2025, MAMR-based drives will be able to handle up to 40TB of data, making it a fantastic option for data centers and eventually consumers.

“MAMR is one of two energy-assisted technologies that Western Digital has been developing for years,” WD explains in a blog post. “The company recently innovated a breakthrough in material and process that provides the required reliable and predictable performance, as well as the manufacturability to accelerate areal density and cost improvements to an estimated average of 15 percent per year.”

That constant march forward is why Western Digital expects to eventually get MAMR to the point where it can store four terabits per square inch, leading to incredible storage capacities on standard-sized disk storage. The goal of a 40TB drive by 2025 is really just the beginning, and the company notes it plans to explore “continued expansion beyond that timeframe.”

MAMR relies on what Western Digital calls a “Spin Torque Oscillator” which produces a microwave field and allows even more data to be packed into a smaller physical area. The technology was invented by Carnegie Mellon professor Jimmy Zhu, and it’s become the backbone of WD’s impressive new drives.