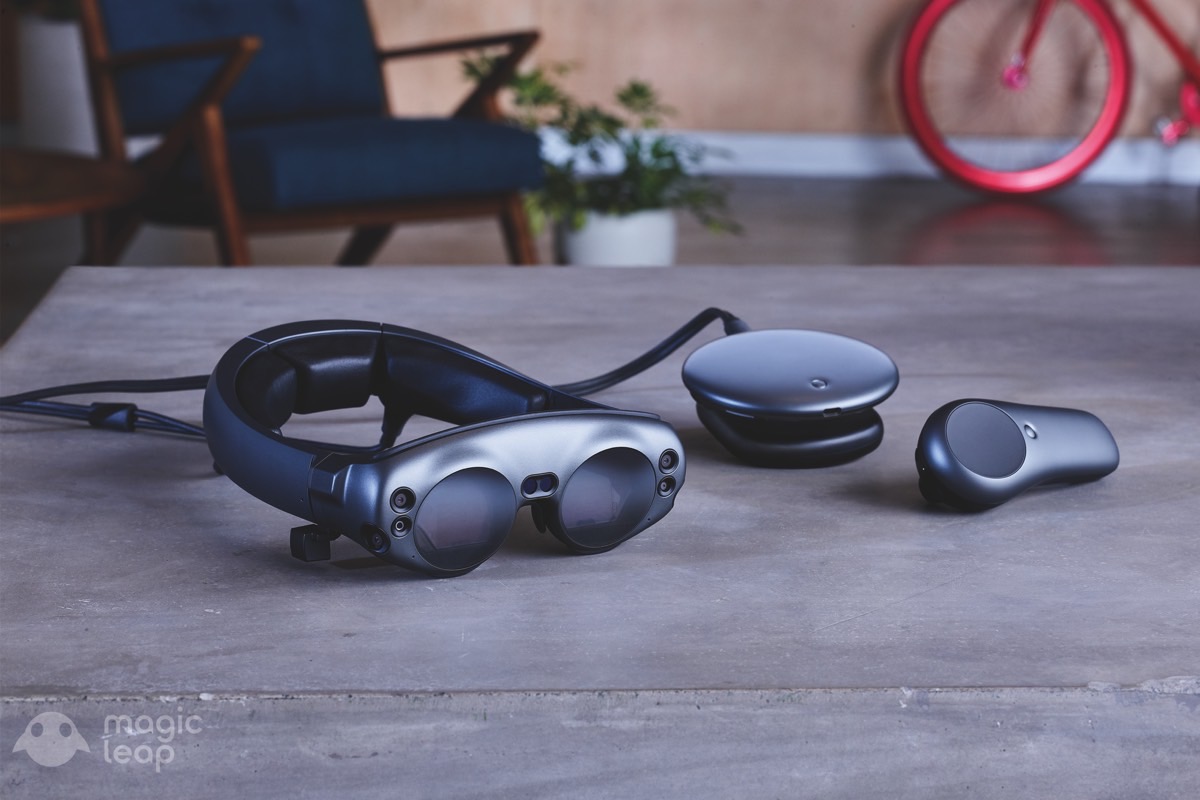 We’ve often talked about the Magic Leap augmented reality (AR) glasses that promised an experience like nothing else available from competitors. And we’ve been waiting for this groundbreaking Magic Leap One headset to finally become available for anyone to purchase. The good news is that some people will be able to purchase the headset starting right now. The bad news is that you shouldn’t expect an experience that’s anywhere close to what the company ultimately wants to deliver.

Priced at $2,295 and shipping only in the US, the Magic Leap One is not cheap. And this is the Magic Leap One Creator Edition, so it’s intended mainly for developers. As impressive as the mixed reality future we’re slowly heading to might be, someone needs to create it.

For that amount of cash you get the Lightwear headset and the Superpowered Lightpack, which is actually the wearable computer that you can clip right on your clothes so you don’t have to be tethered to an actual computer.

The computer is powered by a six-core Nvidia Parker chip, Nvidia Pascal GPU, 8GB of RAM, 128GB of storage, and a battery that can deliver up to three hours of battery life. Connectivity includes Bluetooth 4.2, Wi-Fi 802.11ac/b/g/n, and USB-C. The headset, meanwhile, packs audio input support, a bunch of speakers and cameras, and a 3.5mm headphone jack.

That said, don’t get too excited about Magic Leap delivering the AR and VR experiences it hyped over the years. We may be getting there in the future, but the One is nowhere close, as you can see in The Verge’s video below. Again, we’re just at the beginning of this mixed reality revolution, and both the hardware and the software need to receive significant upgrades and innovations for the experience to feel like what the company teased in marketing videos.

That said, if you’re willing to take the Leap, you can purchase one right here.