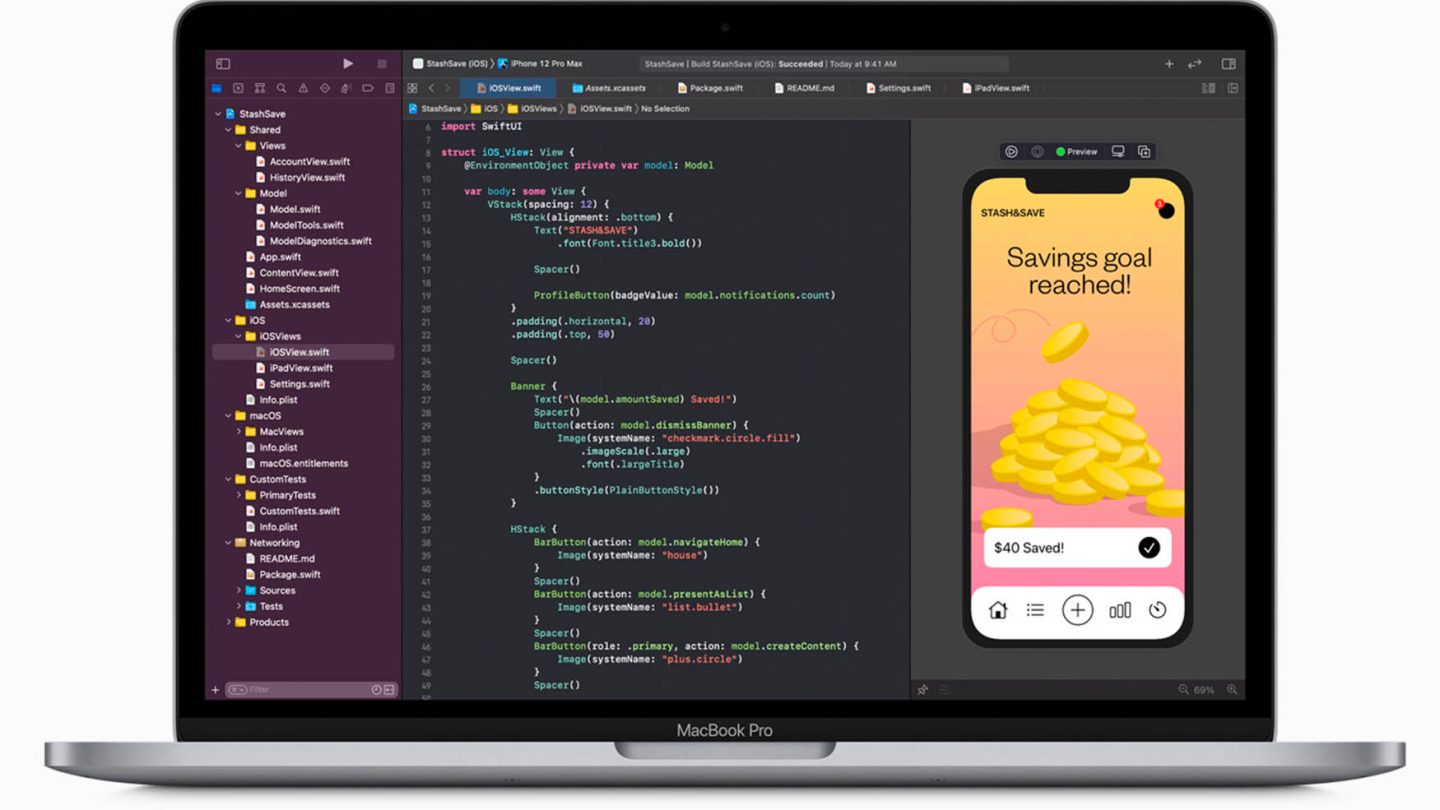 As many expected, Apple’s ‘One More Thing’ video event today featured a new lineup of Mac hardware that includes Apple’s M1 system-on-a-chip. Along with a new MacBook Air and Mac mini, the company also unveiled a new MacBook Pro also featuring the M1.

The new 13-inch MacBook Pro, powered by Apple Silicon, takes a big leap in terms of speed. The computer is approximately 2.8 times as fast as the previous MacBook Pro, and Apple boasts that it’s up to 3 times faster than the best-selling Windows laptops.

Apple’s new MacBook Pro features an active cooling system to keep things cool while it’s doing its thing. That’s important since you can get up to 17 hours of web browsing and 20 hours of video playback without needing to charge. That’s all thanks to the new M1 chip, which improves power efficiency in a big way.

M1 also boosts camera performance for video calls and the secure enclave allows for even better security whenever you’re on the go. The external design of the device is essentially the same as the previous 13-inch MacBook Pro models, but the increase in performance is dramatic.

Apple’s move to its own in-house silicon is big for the company, and it’s going to take a while for the transition to be completed. The trio of new Macs today are a nice start, but we fully expect the M1 chip to make its way to the rest of the Mac lineup within the next two years, based on what Apple has hinted at.

The new MacBook Pro with M1 is priced at $1,299. The computer is available for order today and will be available starting next week.