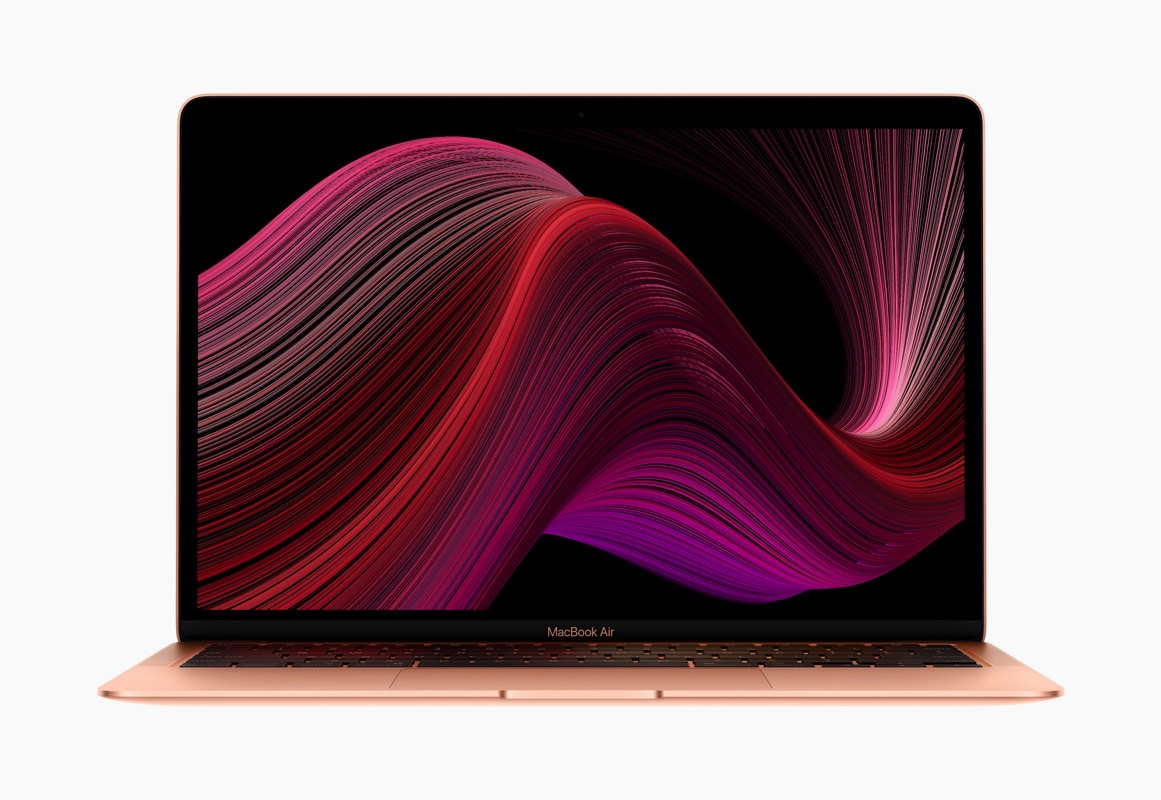 With Apple retail stores outside of China still closed for the foreseeable future, it’s not exactly an opportune time for Apple to release a slew of new products. Still, Apple has a product roadmap to adhere to and the company earlier this week released revamped iPad Pro models, an updated Mac Mini, and last but not least, and a brand new 13-inch MacBook Air priced aggressively at $999.

Apple was initially going to announce the aforementioned products, along with the iPhone 9, at a special event sometime this month. Of course, those plans fell by the wayside in the wake of the coronavirus and social distancing measures.

While Apple’s new iPad Pro models seemingly grabbed the bulk of the tech world’s attention this week, Apple’s refreshed MacBook Air is nothing to scoff at. The new svelte notebook offers up to 80% faster graphics performance, ships with 256GB of storage, and incorporates a quad-core processor that delivers up to twice the CPU performance as its predecessor.

The biggest change to the new MacBook Air, however, is that it incorporates Apple’s new Magic Keyboard that first appeared on last year’s 16-inch MacBook Pro. Put simply, the maligned butterfly keyboard design — that was perhaps the worst Apple design in history — is now, at long last, a thing of the past. If you were holding out on picking up a new MacBook Air because you wanted a keyboard that actually worked and wasn’t prone to breaking, well, now’s your time.

With Apple retail stores being closed, you can’t take Apple’s new MacBook Air for a test drive just yet. Still, Apple provided some test units to a few media outlets and the early reviews are overwhelmingly positive. And predictably, most reviews tend to center on the new keyboard.

Everything I praised about the keyboard on the 16-inch model holds true here. I just don’t make many typos on here. And when I do, it’s not because a key got stuck and double-registered (or didn’t register at all!), but because I’m an imperfect touch typist and my finger hit the wrong button. It happens. I find myself typing quickly. Confidently. Aggressively. I pound away at the keys, knowing they’ll keep up with me. With each press I’m met with springy feedback.

It’s finally here. That means folks who have the 2018 MacBook Air, or even the 2019 model with the older keyboard, should seriously consider picking up the new one. The processor bump alone is worth it, and then there’s the new 256 GB entry-level storage and a keyboard you can actually type on. Toss in the good speakers, solid display and lightweight design, and you have the complete package.

If anything, the fact that every MacBook Air review harps on the new keyboard is a testament to how bad the old keyboard design was.

The system has returned to a scissor-switch design, which, among other things, results in more key travel, meaning the keys actually retract as you type, like a traditional keyboard. It’s like night and day, honestly. The butterfly mechanisms were a clear misstep for the company. In addition to lacking the tactile feedback, the fact that they were more or less flush with the laptop meant that if any debris got stuck in there, the key might just stop working. I had at least one instance of requiring some emergency compressed air at an event after the S key jammed. That’s an important key, mind.

Unlike other iterative attempts to update the butterfly mechanism, the move back to a scissor switch is a marked improvement. The keys are still relatively soft compared to other systems, but the feel is much improved — not to mention not as loud while typing.

Lastly, a video of Marques Brownlee’s initial MacBook Air impressions can be seen below: