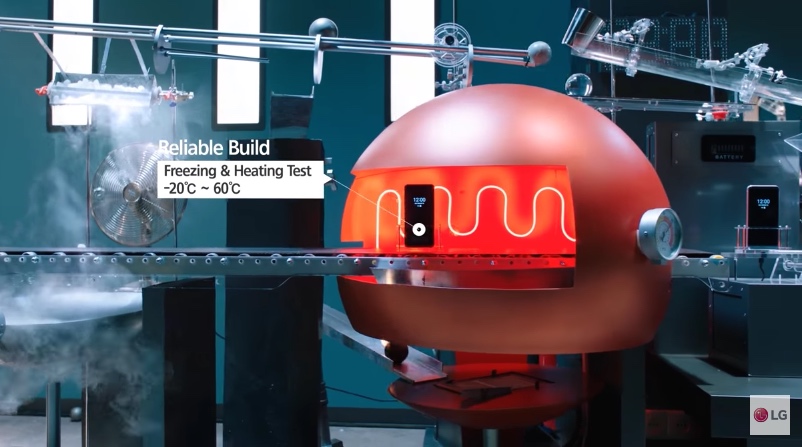 In what’s become something of a repetitive rite of passage, every new flagship smartphone that hits store shelves — no matter the manufacturer — is immediately subjected to a series of professional and amateur torture tests. Whether it’s dousing a brand new Galaxy S smartphone in fire or dropping Apple’s latest and greatest iPhone model from 1,000 feet up in the air, people seem to love subjecting these devices to stress tests that are more entertaining than they are instructive. With time, smartphone torture tests have only gotten more extreme, with many of them now involving random items like machine guns and molten gold a’la that famous Game of Thrones episode.

Looking to generate some buzz in a smartphone market that — let’s be honest — is dominated by Apple and Samsung, LG came up with an ingenious and wildly creative way to demonstrate the robustness of its 5.7-inch LG G6. By putting the G6 through a clever implementation of a Rube Goldberg machine, the company managed to shed light on many of the G6’s features with a video that’s equal parts entertaining and informative, an impressive feat to say the least.

So for the time being, you can forget about reading a boring old spec sheet. Instead, feast your eyes on this engaging video that you’ll actually be inclined to watch the whole way through.

Through a series of expertly engineered and well-connected contraptions, LG masterfully relays a lot of information about a smartphone that most people may have forgotten existed thanks to the recent introduction of the Galaxy S8 and the S8 Plus. The video specifically highlights the G6’s IP68 rating for water and dust resistance, its MIL-STD-810G certification for drop resistance, and its ability to withstand temperatures as cold as negative 20 degrees celsius and 60 degrees celsius.

As for other specs that didn’t get any prime placement in the video above, make sure to check out our hands-on review over here.