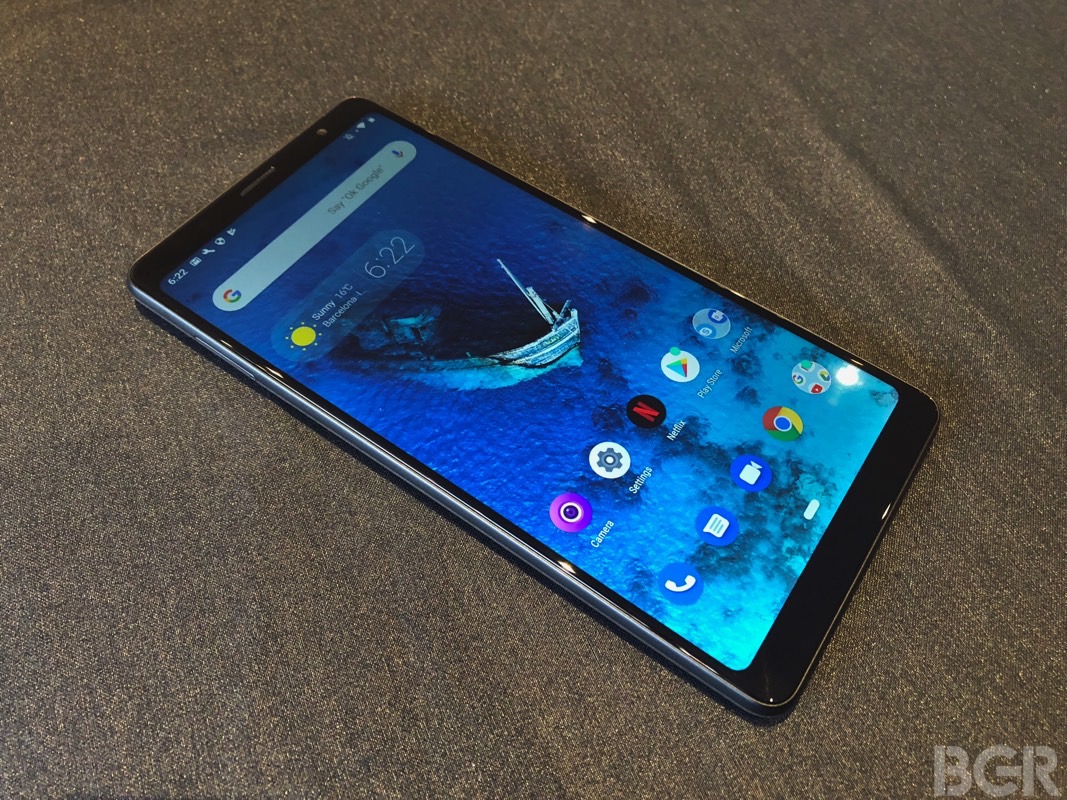 After a full day of announcements at Mobile World Congress 2019, two trends are absolutely clear. First of all, the 5G phones are finally coming, after years of development. Samsung Galaxy S10+ 5G, Xiaomi Mi Mix 3 5G, Huawei Mate X, and LG V50 ThinQ were unveiled in the past few days. And then we have phones with huge, foldable displays, including the Samsung Galaxy Fold, the Huawei Mate X, a TCL prototype, and the V50 ThinQ Dual Screen (this one isn’t foldable, however). Lenovo doesn’t have a 5G phone out yet, but the company unveiled a big smartphone of its own, one that’s as large as a tablet. But it’s not the foldable kid.

You shouldn’t be surprised to see the Lenovo Tab V7 hit stores before some of the foldable handsets actually launch. Fans of Lenovo Tab tablets will instantly recognize the name. But make no mistake, while previous Tabs did come with LTE connectivity, this model has cellular functionality built right into it.

Out of the gate, I’ll tell you it’s not a smartphone made for everyone, and because it doesn’t fold you won’t have an easy time placing it in a pocket. But if you want the best of both worlds, and can’t purchase both a tablet and a smartphone, then the Tab V7 might be for you.

The phablet — yes, we get to revive this term — packs a 6.95-inch screen with 2160 x 1080 resolution and 18:9 aspect ratio. That’s the same aspect ratio as other all-screen phones out there, only without any notches. The tablet does have top and bottom bezels, but it still manages to pull off an 81% screen-to-body ratio.

Running the show is a Snapdragon 450 chip, paired with 3GB or 4GB of RAM and 32GB or 64GB of memory. Other notable features include Dolby Audio sound and stereo speakers, a fingerprint sensor on the back, 2D Face unlock, a 5,180 mAh battery, and dual-SIM support.

From my brief time with the phablet, I can tell you that you’ll have an easy time handling it for content consumption. It’s a 7-inch tablet, after all, so if you’ve handled an Android tablet, you’ll be right at home. What’s great is that it runs Pie out of the box, so you’re going to be on Google’s latest Android version.

What’s not so great is that it’s a pretty big phone. It’s got all the apps, but talking on a tablet might not be as convenient. Pair it with a handset, and you’re going to have a much better time. Since I did mention content consumption, I’ll remind you this tablet doesn’t host the hottest Snapdragon mobile platform in town, which means it might not run the hottest games in town as well as more powerful hardware.

That said, the phablet does target emerging markets, where it’ll start selling for around €249 ($282) this April. The Lenovo Tab V7, however, isn’t coming to the US, at least not officially.