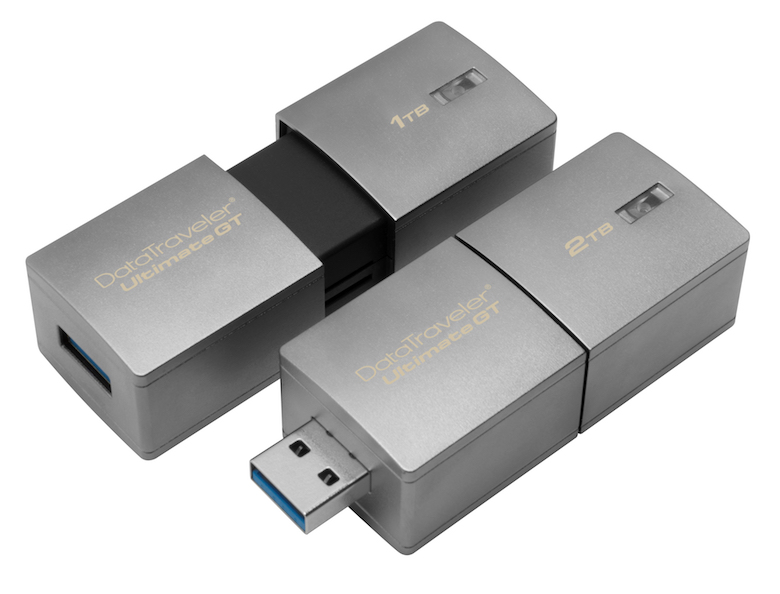 Back in 2013, Kingston brought the first ever 1TB flash drive into the world. While its exorbitant price made it an unreasonable purchase for the average consumer, we were still impressed that it was even possible.

Three years later, despite the fact that no other storage device makers have attempted to even match Kingston on its 1TB flash drive, the company has decided to break its own record by unveiling both the 1TB and 2TB DataTraveler Ultimate GT flash drives ahead of CES 2017 on Tuesday.

According to Kingston, the two new flash drives offer USB 3.1 Gen 1 performance, which should theoretically allow transfer speeds of up to 5Gbps. The DataTraveler Ultimate GT drives are built with a zinc-alloy metal casing for shock resistance and feature a similar (but sleeker) design to the DataTraveler HyperX Predator 512GB and 1TB flash drives introduced in 2013.

With 2TB of data, you can store up to 70 hours of 4K video, 96 average-sized PC games, 500,000 MP3 files and 256,000 24-megapixel photos. In fact, Kingston has included a handy comparison chart within its press release, in case you want to see just how massive a 2TB flash drive really is.

Both the 1TB and 2TB DataTraveler Ultimate GT flash drives will be available in February, but Kingston has yet to announce a price point. We wouldn’t be surprised to see these sell for over $1,000, at the very least. The drives will be back by a five-year warranty Kingston will offer free technical support.