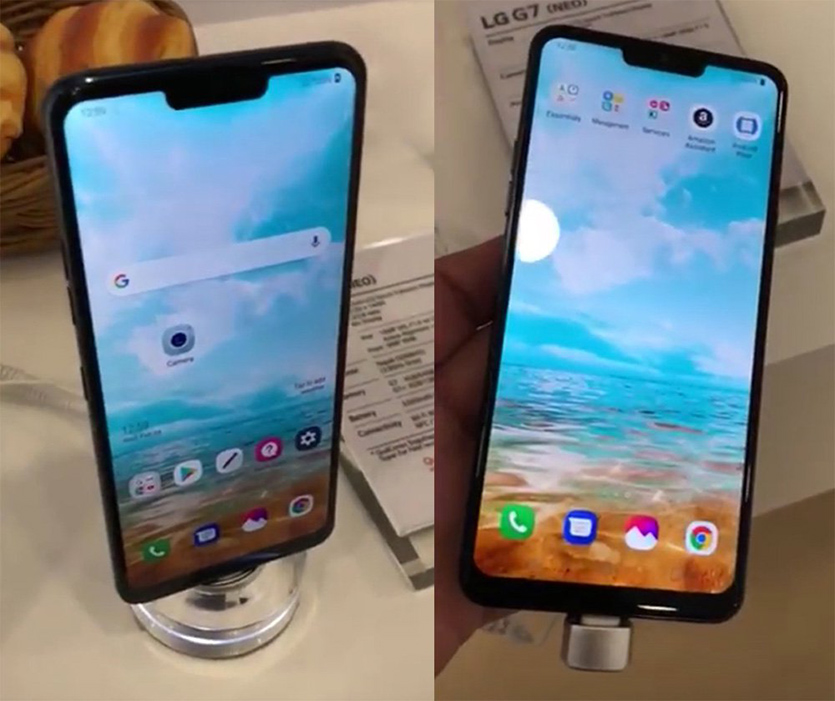 Earlier this year, reliable smartphone leaker Evan Blass reported that LG had cancelled the LG G7 smartphone it had been working on. The plan was apparently to ditch the “G” brand, which has found moderate success in recent years but hasn’t been able to truly break out in a high-end market dominated by Galaxy phones and iPhones. Rather than continue its attempts to break through with iterative updates each year, LG had supposedly decided to bail on the brand and focus on a new smartphone series. Things got a bit confusing when LG brought its allegedly cancelled G7 to MWC 2018 and showed off the phone to partners behind closed doors, but rumblings emerged around the same time suggesting that the phone had been uncancelled. Since then, we’ve seen leak after leak revealing that LG’s next-generation flagship phone, which is tragically named the LG G7 ThinQ, is back on track for launch.

There’s no telling exactly what happened behind the scenes with LG’s upcoming new flagship phone, though a trusted source did confirm to BGR that LG did in fact consider cancelling the phone’s release. Perhaps LG had initially balked at the idea of launching a phone that steals the iPhone X’s design, but then decided to proceed when it saw that nearly every other Android phone maker on the planet is stealing Apple’s iPhone X design, too. Whatever the case, the LG G7 ThinQ is indeed on its way, and LG has announced the date on which it will unveil the new phone.

LG on Tuesday morning that the LG G7 ThinQ — which is hilariously supposed to be typed as LG G7 ThinQ — will be unveiled during an event in New York City on May 2nd. The phone will then be shown off in LG’s home country of South Korea on May 3rd.

Following a longstanding tradition of announcing little tidbits about a new smartphone before the handset is fully unveiled, LG did confirm a couple of things about the upcoming flagship device. First, it confirmed that the name will indeed be LG G7 ThinQ, which most people agree is quite silly. The company also said in its press release that the new G7 ThinQ “upgrades the performance and convenience of ‘sympathetic AI’, as well as enhances interoperability with other devices.” That’s machine translated from Korean, though, so we’re not clear on exactly what “sympathetic AI” is supposed to mean.

“Since smartphones have focused on filling new functions and more functions so far, it is time for us to find solutions to how convenient customers actually use them,” LG Electronics managing director Ha Jeong-wook said in the machine-translate press release. “We will show the convenience that we have not seen until now by concentrating the accumulated AI technology.”

If rumors pan out — and we expect that they will, based on what we’ve been told by our own sources, the G7 ThinkQ will be powered by a Qualcomm Snapdragon 845 processor supported by 6GB of RAM. It’ll also feature a dual-lens rear camera with an f/1.5 aperture for improved low-light performance, as well as a rear-mounted power button with an embedded fingerprint sensor.

Last but not least, the new LG G7 ThinQ will have a pseudo all-screen design with a notch cut out of the top, just like Apple’s iPhone X. LG is doing it wrong, of course, but so is every other Android phone maker so far that has stolen the notch.