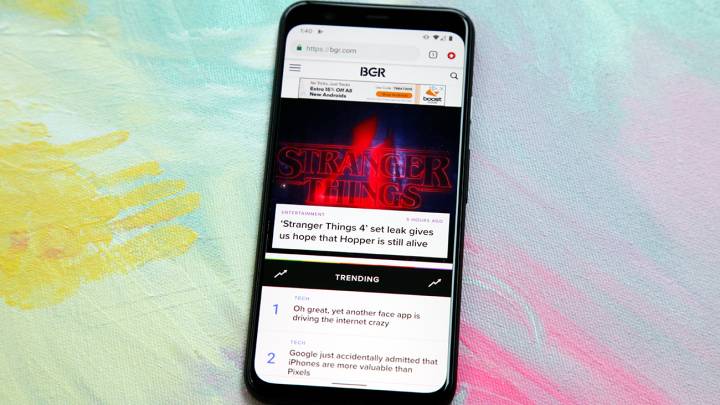 Just when we thought we knew everything there was to know about Samsung’s upcoming Galaxy S20, a new nugget of information has emerged. As we detailed earlier today, Samsung has been working on a new feature dubbed Quick Share that will allow Galaxy users to quickly and seamlessly transfer files between devices. Quick Share is effectively Samsung’s version of AirDrop, long one of the best — and somewhat underutilized — iPhone features.

While wirelessly sharing files may not seem groundbreaking, anyone who has used AirDrop can attest to the feature’s brilliance. The ability to share files without an internet connection is nice, and the ability to share hundreds of photos — or even a number of large video files — in just a few seconds time is an absolute game-changer.

Samsung, though, isn’t the only company working on an AirDrop clone. Google has also been working on a similar feature it calls Nearby Sharing. Nearby Sharing is still a work in progress, but a video making the rounds today shows the feature being used to transfer data between a Pixel 2 XL and a Pixel 4:

Google’s implementation looks pretty slick and appears to be rather straightforward. From a usability standpoint, the Nearby Sharing feature looks quite similar to what iPhone users have been enjoying for years.

There’s no indication as to when Google will officially unveil Nearby Sharing, but given how well the prototype software worked in the video above, there’s a good chance we’ll hear about it at the company’s annual I/O developers conference later this year.