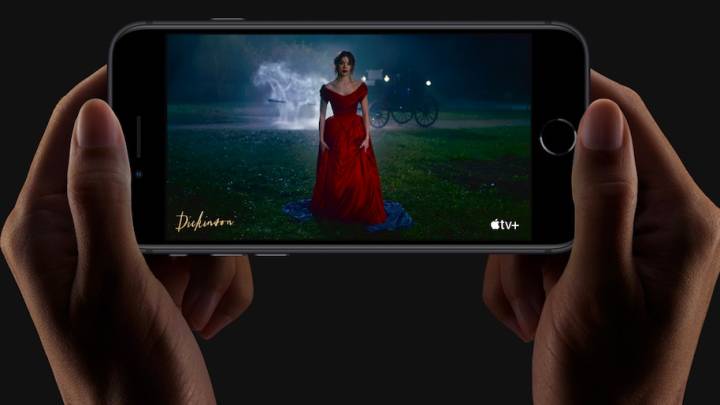 Apple’s next-gen iPhone SE, much like the original, is proving to be far more popular with consumers than initially anticipated. According to new research data released by Consumer Intelligence Research Partners (CIRP), the iPhone SE during the second quarter accounted for an astounding 19% of all iPhone sales. Apple’s iPhone 11 models, meanwhile, accounted for an estimated 65% of sales.

“The Fall 2019 iPhone 11 and 11 Pro models remain the most popular, combining for around two-thirds of sales,” CIRP co-founder Josh Lowitz said in a press release. “[Comparisons] again are tricky, with the launch of iPhone SE at the end of April 2020. A year ago, iPhone XR took almost half of sales in the quarter. This year, sales were divided among more diverse models, with even the lowest-priced and ultimately retired iPhone 8 and 8 Plus having 8% of sales.”

All the more impressive is that the iPhone SE didn’t arrive until April 24, which is to say it only needed two months out of the quarter to account for nearly 20% of sales. Of course, you could also argue that the iPhone SE’s success is perhaps the result of the coronavirus’ impact on the economy and people’s unwillingness to spend upwards of $1000 on a brand new iPhone. That said, we’ll likely have a better idea as to how the iPhone SE did during the quarter when Apple posts its earnings for the quarter later this month.

What we do know, however, is that the iPhone SE — which is priced at just $399 — offers prospective buyers more bang for the buck than any iPhone release we’ve seen in quite some time. Indeed, the only drawback to the new iPhone SE is that it’s a tad bigger than the original. Whereas the original iPhone SE boasted a 4-inch display, the new iPhone SE sports a 4.7-inch display. And while a bigger display can be advantageous, the compact form factor of the original was one of the reasons the device did so well in the first place.

CIRP doesn’t believe that the iPhone SE will cannibalize the forthcoming iPhone 12 models, if only because the iPhone SE tends to attract more cost-conscious buyers. Further, iPhone SE users tend to be a devoted bunch, which is to say many iPhone SE buyers of the past quarter have been patiently waiting for a smaller phone with advanced internals for years.

One of the more interesting data points relayed by CIRP is that 26% of new iPhone SE owners made the switch over from Android. CIRP notes that this figure is “higher than normal Android to iOS switching.” This makes sense given the iPhone SE’s relatively low price point. In effect, the iPhone SE is an iPhone 11 inside the frame of an iPhone 8. Coupled with the device’s $399 sticker price, the iPhone SE could very well be the iPhone model Android users have been waiting for.

Looking ahead, Apple’s earnings report for the quarter will be quite telling given that everyone is expecting Apple to take a huge hit in iPhone revenue. Beyond the earnings report, there’s also a chance that the iPhone 12 won’t come out of the gate hot. Sure, everyone is excited about 5G, but with the impact the coronavirus has had on the economy at large, it’s possible that the general public is less interested in, and less capable of, buying a luxury item like a $1000 iPhone than ever before.