A viral video making the rounds on Tik Tok shows users how they can easily create a GIF from a selection of photos taken with the Camera app. This functionality isn’t exactly new seeing as how iOS 14 has been out for six months now, but Apple for whatever reason doesn’t always highlight the full range of new features it introduces when it releases a brand new iOS update.

So in something of a bizarre turn of events, many iPhone users these days are discovering more and more iOS features simply by scrolling through Tik Tok. And the feature highlighted below is pretty easy and fun to use once you get things set up.

The trick below is achievable via the iPhone’s Shortcuts app, which you can download from the App Store if it’s not already on your device.

The Tik Tok video shows how you can take photos and turn them into a GIF, but we’re going to do you one better and show you how to take an already recorded video and turn it into a GIF.

It’s a bit of a process to set up, but once it’s done, it’s super easy to use.

To get started, open up the Shortcuts app and tap the “plus” sign in blue located in the top right-hand corner. From there, select “Add Action” and then type the word “Gif” into the search bar. Upon doing so, you should see an option called “Make GIF.”

Following that, select the three-dots button in the upper right-hand corner and toggle on the “Show in Share Sheet” option. 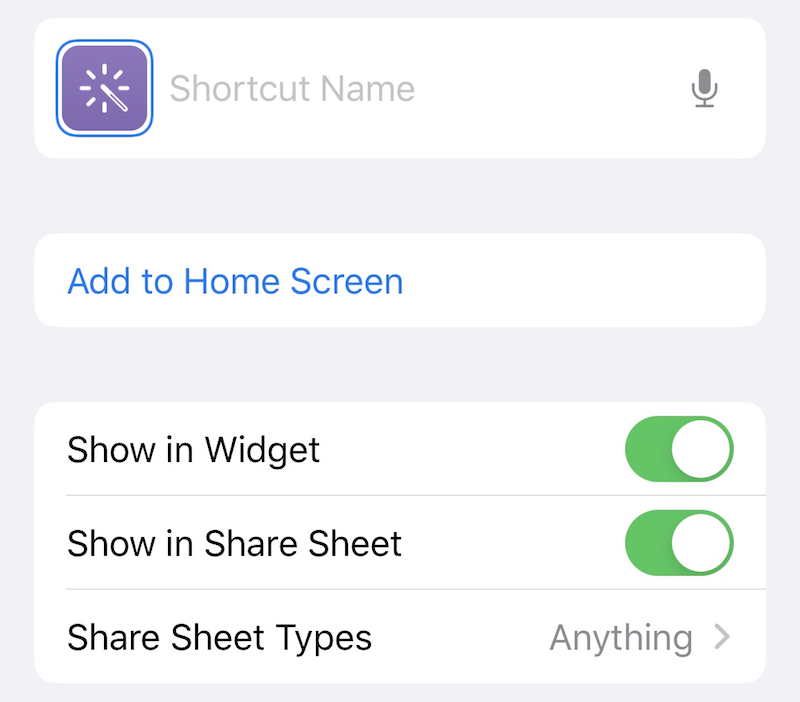 You’ll also want to tap on the area where it says “Shortcut Name” so that you can name this shortcut something like “Create a GIF” or “Video to GIF.”

Next, tap the “Done” option in the upper right-hand corner. You should now see a listing that reads “Make GIF from Content.'”

If you tap on “Content”, a screen from the bottom will appear whereupon you should hit “Select Magic Variable.” 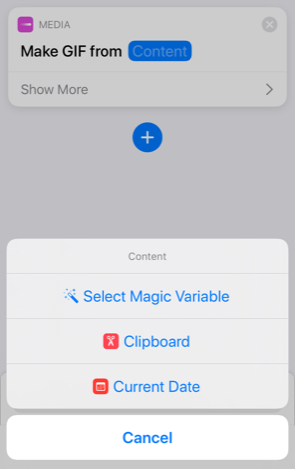 Following that, hit the “Shortcut Input” option at the top.

Next, hit the blue “plus” sign at the bottom, type in the word “save” into the search bar, and then select “Save to Photo Album.” 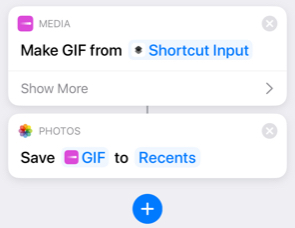 Now hit “Done” in the upper right-hand corner and you’re ready to go.

Now that the hard part is done, you can go to your camera roll, select a video, and if you hit the share button on the lower left-hand side, you should see an option to “Create a GIF” if that’s the name you ended up going with.

Hit that and a GIF of your video will automatically be added to your Camera Roll.

The Tik Tok video which shows how to turn photos into a GIF, which I’d imagine would be used less frequently, can be seen below but the overall process is similar.

The full tutorial can be watched on Instagram right here.