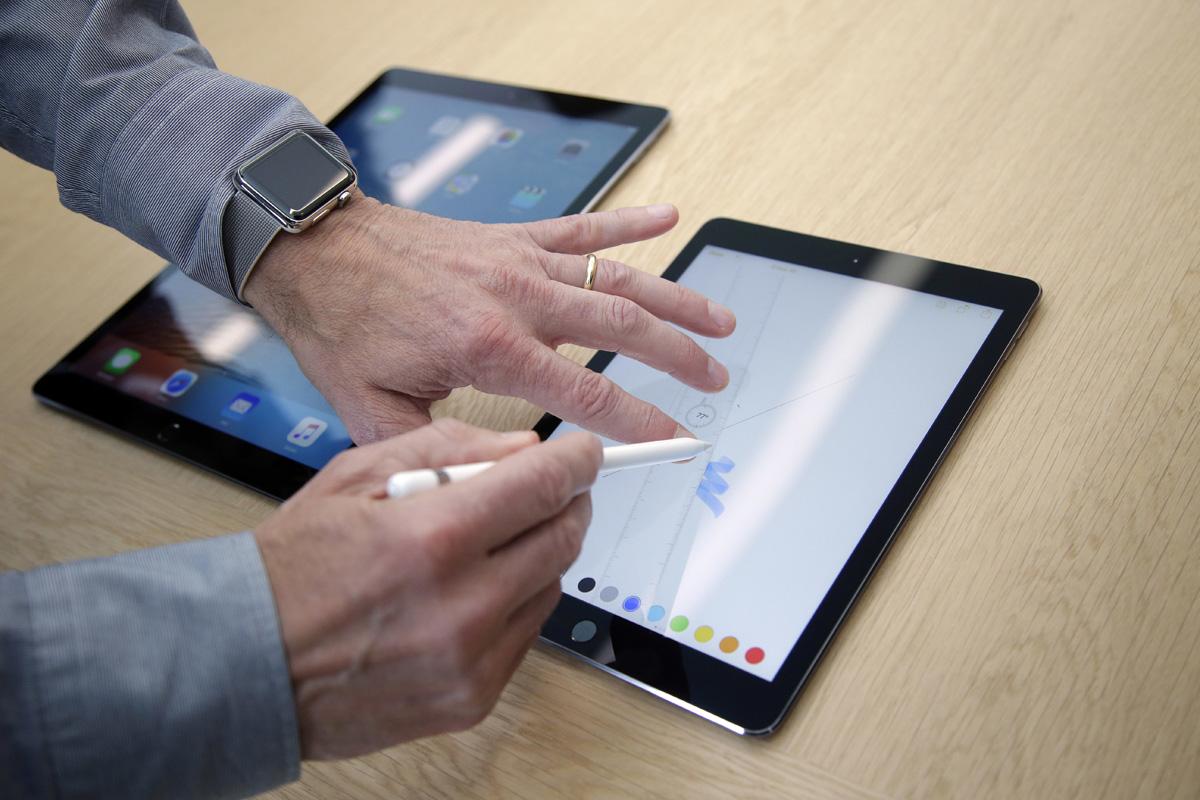 Next year’s iPhone 8 is rumored to bring over a massive redesign. Apple is reportedly working on a device that will be made of glass and feature a curved OLED display that occupies most of the phone’s front side. The display will incorporate the Touch ID sensor and inherit all of the home button’s other features. But it seems that we might be able to preview these iPhone 8 features sooner than we thought, because next year’s iPad line will have some of the hot new design features we’re anticipating.

It might be a while before we see an OLED screen on the iPad, but next year’s iOS tablets are already rumored to come with a new design that will remove the home button. By removing the physical home button from its devices, Apple can increase the size of the display without increasing the overall footprint of the device. Next year’s iPads are expected to feature bigger displays, but keep the same overall sizes as this year’s 9.7-inch and 12.9-inch models.

A new report from Japanese site Macotakara says that 2017 iPads will lose the home button and will have smaller bezels. That’s why next year’s 10.9-inch iPad will have the same size as the 9.7-inch iPad.

However, the devices will be slightly thicker, likely to accommodate bigger batteries. The 10.9-inch iPad will be 7.5mm thick, just like the old iPad Air. The 12.9-inch iPad Pro is also expected to be three millimeters thicker than its predecessor. A report last week said Apple is looking to manufacture iPads with screens bigger than 9.7 inches.

The report also notes that while the home button is going away, the FaceTime camera will still be located above the display, which means the top bezel will remain in place, though it might be a bit thinner than it is on the current models.