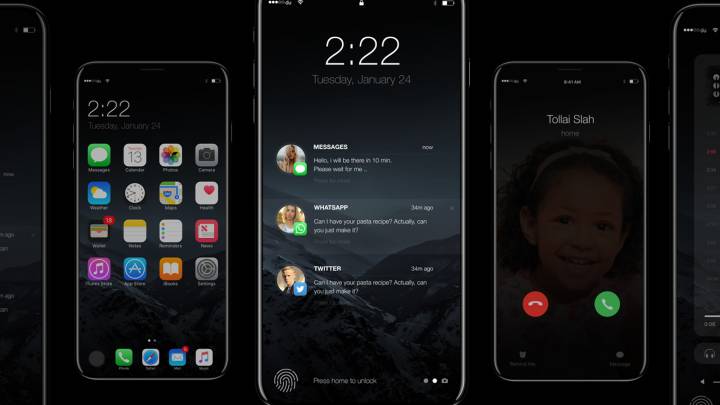 When Apple releases the iPhone 8 later this year, the company’s flagship smartphone may not be able to access mobile data as fast as some of its Android-based rivals, according to a new report from Bloomberg. Though some carriers have started rolling out network upgrades that can handle gigabit data speeds, the iPhone 8 will reportedly be unable to play along. The issue stems from Apple’s tendency to source key components from varying suppliers. Not only does this lower the risk of supply issues becoming a problem, pitting two component suppliers against each other also helps Apple secure favorable pricing.

In regards to the iPhone 8, the device will feature LTE modems from both Qualcomm and Intel. Needless to say, Apple wants to ensure that iPhone 8 performance remains uniform no matter what LTE modem it happens to feature. So although Qualcomm’s offering can support the aforementioned gigabit data speeds, the iPhone 8 won’t support such speeds because Intel’s LTE modems can’t compete just yet.

Until Intel is able to offer its chips with matching features, Apple won’t enable some of capabilities of the phones running with Qualcomm modems, said the people, who asked not to be identified because the plan isn’t public. Apple, Qualcomm and Intel declined to comment.

Apple’s decision clashes with the marketing plans of a cellular industry desperate to show off faster network speeds to grab market share. The top U.S. wireless carriers — Verizon AT&T, T-Mobile US Inc. and Sprint Corp. — have declared 2017 the year of 1 gigabit speeds.

Now that’s not to say Intel doesn’t have something coming soon. On the contrary, Intel earlier this year debuted a new XMM 7650 modem that can handle gigabit LTE speeds. The only wrinkle is that it just won’t be ready in time for the iPhone 8. According to Intel reps — who spoke on the matter this past February, their blazing fast LTE modem won’t be available until 2018.