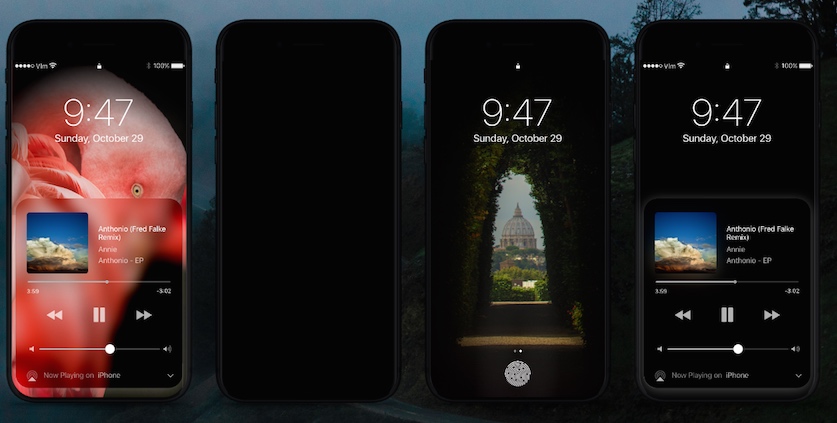 In a general sense, Dark Mode on iOS is similar to Arrested Development Season 5; we keep hearing rumors of its existence, but when push comes to shove, will it ever see the light of day? While nothing with Apple is ever predictable, the evidence pointing to Apple implementing a Dark Mode in iOS 11 is more compelling and convincing than ever before.

To help give us an idea of what a Dark Mode option in iOS would look like on the iPhone 8’s edgeless display, designer Vianney le Masne put together an interesting concept video (via Medium) that will undoubtedly amplify the burgeoning excitement for Apple’s next-gen iPhone.

What’s more, Masne went the extra mile and wrote an interesting run-down detailing some of the design benefits that might accompany a Dark Mode/iPhone 8 marriage, not to mention an informative take on how this might impact app design.

Going dark will massively smoothen contrast between the edge of the screen and the bezel. In fact it will be indistinguishable as the OLED empowered pixels will not emit any light, which regular screens do.

What this means for UI designers will be that you won’t start from a blank art board in sketch, working your way down from top left to bottom right, but rather from a dark slate, in the centre working out towards full black.

In turn, Masne writes that if app developers don’t retool their apps and push their displayed content out to the outer edges of the device, the result will be an antiquated UI that will serve as an “unnecessary way of taking [users] out of the experience, even for a microsecond.”

We’ve seen some great iOS 11 and iPhone 8 concepts before, but Masne’s work here is perhaps the most intriguing we’ve seen yet. Make sure to check out all of his concept photos via the link above.