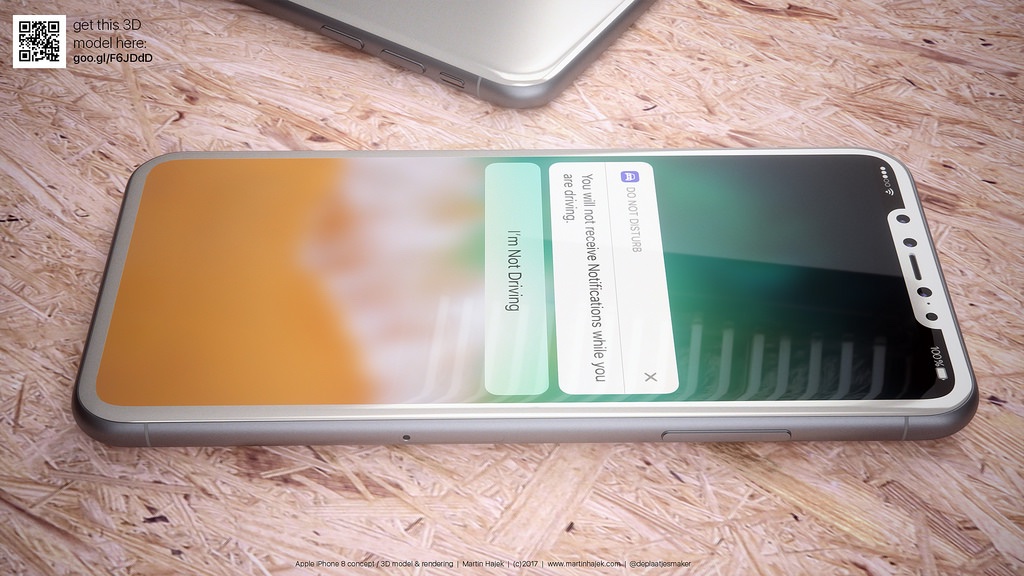 A designer known for his concept creations based on rumors believed to be accurate released a series of iPhone 8 images that we’ve already covered. Just as his previous work, the concept images are gorgeous, and they do a fine job telling the iPhone 8 story, based on existing leaks and rumors. However, they also show us the ugliest iPhone 8 that Apple will release this year.

Martin Hajek took it upon himself to show us what a white iPhone 8 will look like, a color not seen in any leaks so far. But as soon as you see it, the iPhone 8’s major “flaw” is immediately apparent. The white only makes it obvious: That top bezel is an unsightly contraption, a design compromise that we’ll have to accept, just like we already do with the camera bump or antenna lines.

But especially when painted white, that camera, speaker, and sensor island in the middle stands out even when you’re not using the phone. There’s no way to hide it. A black version of that half-bezel, on the other hand, will not be that apparent. The black bezel will almost merge with the dark glass — I’m not saying it won’t be there, but it wouldn’t stand out quite as badly.

The question is, will Apple use white on front bezels this year? In previous years, Apple paired white bezels with certain colors, like gold, pink, and even red, using black for darker hues. Will Apple stick to this color pairing scheme for the iPhone 8? It’s too soon to answer that question, as we have no idea what colors will be used for this year’s flagship iPhone. But white, to me, looks like a bad choice for bezels this year.