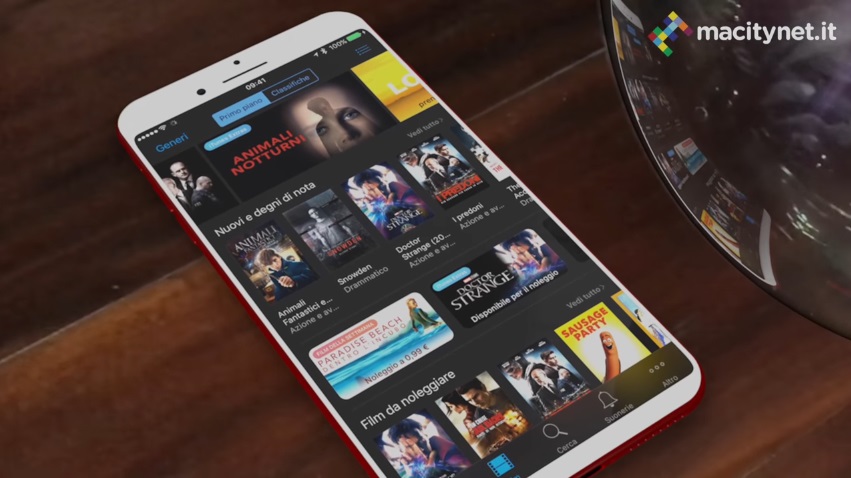 A new iPhone release is always exciting, but there’s a special kind of buzz surrounding the highly anticipated iPhone 8. Said to feature an advanced edge-to-edge design with a slightly curved OLED display, the iPhone 8 will mark the first major change to the iPhone form factor in nearly three years. In fact, the last iPhone model to look markedly different from the current design was the iPhone 5s which was released all the way back in 2013.

With an edgeless design on the horizon, it’s widely believed that Apple has figured out a way to embed the Touch ID sensor into the display itself. Indeed, a recent iPhone leak purporting to show the iPhone 8 design in full detail seems to corroborate this theory. Additionally, with no bottom bezel to speak of, reports from the rumor mill suggest that iOS 11 on the iPhone 8 will feature a “function area” located on the bottom that will be similar in function to the MacBook Pro’s Touch Bar.

Over the past few weeks, we’ve seen quite a few iPhone 8 concepts emerge from various designers. And while some are predictably better than others, a recent effort from Domenico Panacea over at the Italian Mac site Macitynet is especially compelling.

If you can avoid the futuristic music that accompanies the video, the concept makes it easy to see why an iPhone with an embedded home button and Touch ID sensor will be a complete game changer.

With analysts predicting that the iPhone 8 will spearhead the largest iPhone refresh in history, Apple appears to be equally confident in the iPhone 8. Earlier in the week, word surfaced that Apple recently ordered 92 million OLED panels from Samsung to meet what will unquestionably be staggering demand.